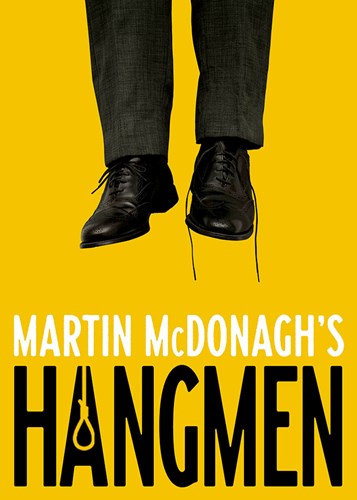 Martin McDonagh’s Hangmen, which the New York Times hailed in their “Critic’s Pick” review as a “triumphant return for Martin McDonagh,” marks McDonagh’s seventh play to be produced on Broadway and his return to the stage following his BAFTA and Golden Globe Award-winning and Oscar-nominated film Three Billboards Outside of Ebbing, Missouri.

Casting will be announced shortly.

Olivier Award nominated Director Matthew Dunster’s production of Martin McDonagh’s new comedy Hangmen celebrated a sold out, critically acclaimed world premiere at London’s Royal Court Theatre in September 2015 before transferring to the West End’s Wyndham’s Theatre in 2016 and going on to win the Olivier Award for Best Play.  Martin McDonagh’s Hangmen made its US Premiere at Off-Broadway’s Atlantic Theater Company on January 18, 2018 where it played a sold out engagement through March 7, 2018, winning the New York Drama Critics' Circle Award for Best Foreign Play.

ENGLAND 1965 – What is Britain’s (second most) famous executioner to do now that hanging has been abolished? The simple answer is a lot more than he bargained for. In his small pub in the northern English town of Oldham, Harry is something of a local celebrity and the cub reporters and pub regulars are dying to hear Harry’s reaction to the news, while his old assistant Syd and the mysterious Mooney lurk with very different motives for their visit.

MARTIN McDONAGH (Playwright) is an award-winning writer/director and Hangman marks his seventh play to be produced on Broadway. His plays include The Beauty Queen of Leenane, A Skull in Connemara, The Lonesome West, The Lieutenant of Inishmore, The Cripple of Inishmaan, The Pillowman, A Behanding in Spokane and Hangmen. His latest film, Three Billboards Outside of Ebbing, Missouri won Golden Globe Awards and BAFTA Awards for Best Picture and McDonagh’s screenplay. Other film work as writer/ director include Seven Psychopaths, In Bruges, and Six Shooter (short film).

IAN DICKINSON (Sound Designer) is a U.K-based sound designer with extensive domestic and international credits to his name. Recent shows include Heisenberg, the opening West End production for Elliott & Harper Productions; Fatherland at Manchester International Festival; and Angels in America at Royal National Theatre. He won an Olivier Award for The Curious Incident of the Dog in the Night-time, which has gone on to considerable worldwide success, including Broadway. Other Broadway productions include Rock ‘n’ Roll, The Seagull, Jerusalem and The River. He has been a member of the Autograph design team since 2009.