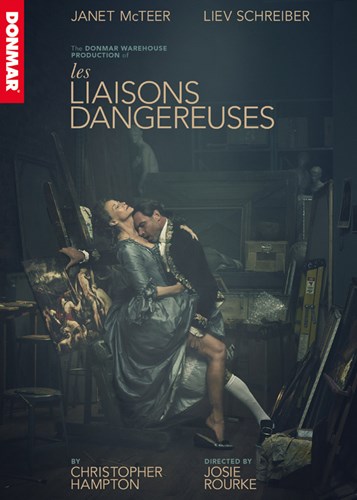 “Birgitte is one of the most magnetic, sensual and intelligent actors I've ever worked with and the idea of introducing her to New York audiences, and to Broadway is tremendously exciting,” said Josie Rourke. “It’s thrilling to have an American, an English and a Danish actor as the central love triangle of Les Liaisons Dangereuses and I am delighted that Birgitte is going to bring her fine sensibility and unique talent to that trio.”


Les Liaisons Dangereuses will be produced on Broadway by Arielle Tepper Madover.

“THEATRE AT ITS MOST SEDUCTIVE AND SINISTER.” (Evening Standard)

Birgitte Hjort Sørensen came to international prominence in 2010 playing the role of journalist Katrine Fønsmark in the award winning series “Borgen.” She was nominated for both a Robert Award and the 2013 Golden Nymph award at the Monte-Carlo TV Festival for her role in the series. “Borgen” has been sold to over 70 countries, making it the most successful exported Danish TV series to date. Most recently, Birgitte completed production on the thriller 3 Things opposite Nikolaj Coster-Waldau and earlier this year she was seen in HBO’s rock ‘n’ roll drama “Vinyl.” In the spring of 2015, Birgitte appeared in season five of HBO’s “Game of Thrones” and that summer appeared in Universal Studios’ Pitch Perfect 2. While studying at the prestigious Danish National School of Theatre in 2005, Birgitte made her television debut in the thrilling crime drama “The Eagle.” Her other TV credits include BBC Three’s “Bluestone 42” and “Marple: Endless Night.” Her feature film credits include Autómata, Someone You Love (Best Actress at the Festroia International Film Festival, Bodil Award nomination), The Prize Idiot, Julie, Marie Krøyer (Robert Award nomination), At World’s End (Zulu & Robert Award nominations for Best Actress), The Candidate and Anja & Viktor – I medgang og modgang. On stage, she has received critical acclaim for her performances as Roxie Hart in Chicago (both at Copenhagen’s Det Ny Teater and London’s Cambridge Theatre) and, most recently, as Virgilia opposite Tom Hiddleston in Josie Rourke’s production of Shakespeare’s Coriolanus at the Donmar Warehouse.