Laurie Metcalf Will Star in A DOLL'S HOUSE, PART 2 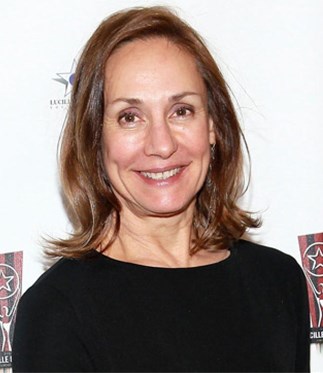 In the final scene of Ibsen's 1879 ground-breaking masterwork, Nora Helmer makes the shocking decision to leave her husband and children, and begin a life on her own. This climactic event — when Nora slams the door on everything in her life — instantly propelled world drama into the modern age. In A Doll’s House, Part 2, many years have passed since Nora’s exit. Now, there’s a knock on that same door. Nora has returned. But why? And what will it mean for those she left behind?

Laurie Metcalf is an original member of the Steppenwolf Theatre Company in Chicago. She was last seen on Broadway in Misery, for which she was nominated for a Tony Award. Metcalf also received Tony Award nominations for her performances in the Broadway productions of The Other Place and November. She was nominated for three Emmy Awards this year, including one for Best Actress in a Comedy Series for her starring role in HBO’s “Getting On.” She received three Emmy Awards for her work on the TV series "Roseanne." Her films include Desperately Seeking Susan, Leaving Las Vegas, Uncle Buck, JFK, Internal Affairs and the Toy Story series. She is currently at work on the upcoming film Lady Bird, written and directed by Greta Gerwig, in which she stars opposite Saoirse Ronan.

Chris Cooper returns to the Broadway stage after a prodigious career onscreen highlighted by innumerable performances of distinction. He won the Academy Award for his performance in Spike Jonze’s Adaptation; Cooper also won the Golden Globe Award for that film and was similarly recognized by the Broadcast Film Critics Association, the Los Angeles Film Critics Association, and the Toronto Film Critics Association. Later this year, he will star in Ben Affleck’s film Live by Night. He will also be seen in the critically acclaimed film Coming Through the Rye, in which he plays famed author JD Salinger. Cooper also appeared in the 2016 Emmy Award-nominated JJ Abrams series “11.22.63,” based on the book by Stephen King. Cooper’s notable roles have included recent films such as Demolition and the SAG-nominated August: Osage County. He is also known for his roles in films such as American Beauty (SAG Award, Best Cast), The Bourne Identity, Capote, Breach, The Patriot, October Sky, The Town, Seabiscuit, Jarhead, Syriana, and Where the Wild Things Are. He is a graduate of the University of Missouri School of Drama.

Jayne Houdyshell. Broadway: The Humans (2016 Tony Award, Best Actress in a Featured Role), Fish in the Dark, Romeo and Juliet, Dead Accounts, Follies (Tony nomination), The Importance of Being Earnest, Bye Bye Birdie, Wicked, and Well (Tony nomination). Off-Broadway: The Humans; Harrison, TX; Coraline; The Receptionist; The New Century; and The Pain and the Itch. She won Obie and Theater World Awards for Well’s original run at the Public Theater. She is the recipient of a 2013 special Drama Desk Award for her artistry as an exceptionally versatile and distinctive Broadway and Off-Broadway performer. Film: Lucky Stiff, Everbody’s Fine, Garden State, and Trust the Man. TV: “American Odyssey,” “Elementary,” “Blue Bloods,” and “Law and Order: SVU.”

Condola Rashad most recently appeared in Joshua Marston’s Complete Unknown. Rashad was previously seen opposite George Clooney and Julia Roberts in Money Monster, directed by Jodie Foster. She currently stars as Kate in the critically acclaimed Showtime series “Billions.” Rashad made her off-Broadway debut in Manhattan Theatre Club’s production of Lynn Nottage’s 2009 Pulitzer Prize winning play Ruined. She was nominated for Tony Awards for her roles in Lydia Diamond’s Stick Fly and in the late Horton Foote’s The Trip To Bountiful, opposite Cicely Tyson. More recently on Broadway, she played Juliet opposite Orlando Bloom’s Romeo. Other film and television credits include 30 Beats, Sex and the City 2, Lifetime’s “Steel Magnolias” opposite Queen Latifah, “Law and Order: Criminal Intent,” “Georgetown,” and “The Good Wife.” Condola is a graduate of the California Institute of the Arts.