Joshua Harmon’s SIGNIFICANT OTHER at the Booth Theatre 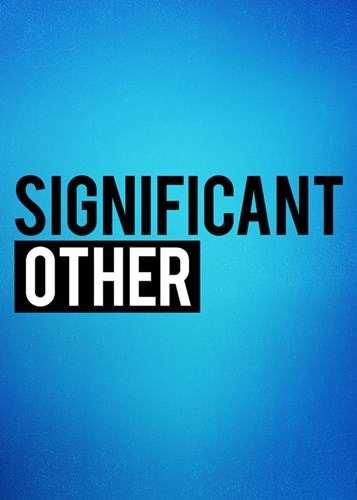 New York, NY) Producers of the Broadway bound Significant Other are thrilled to be presenting this new work by young playwright, Joshua Harmon (Bad Jews), directed by Trip Cullman, both of whom will be making their Broadway debuts this spring.   Now, to add to this significant team, producers are proud to announce casting for the upcoming production.  Reprising their roles on the Great White Way, following the sold out run at the Roundabout Theater Company, are Gideon Glick (currently starring in LCT’s, The Harvest), Oscar and Tony nominee Barbara Barrie, John Behlmann, Sas Goldberg, Lindsay Mendez and Luke Smith. New to the company for the Broadway run is Rebecca Naomi Jones.

Significant Other also announces that it will go on sale to the general public on Monday, October 17th. Groups can be booked through Broadway Inbound at broadwayinbound.com or by calling 866-302-0995, and Tickets will be available to purchase on-line at Telecharge.com, by phone at 212-239-6200 or in-person at the box office. Significant Other will begin previews at The Booth Theatre (222 West 45th St.) on Valentine’s Day, Tuesday, February 14th, and officially open Thursday, March 2nd.

Meet Jordan Berman.  He’s single.  And he has a date with a co-worker to see a documentary about the Franco-Prussian war.  At least, he thinks it’s a date.  Significant Other follows Jordan and his three closest friends as they navigate love, friendship and New York in the twenty-something years.

Significant Other was a NY Times Critic’s Pick when it premiered last summer at Roundabout Theatre Company.   Charles Isherwood, writing in the New York Times, called it “an entirely delightful new play, as richly funny as it is ultimately heart-stirring.”  Time Out (Adam Feldman) agreed, noting “as funny as Harmon’s breakthrough play Bad Jews, Significant Other is a timely, well-observed, sharp but bittersweet New York comedy; the play’s main assets are the keenness of the writing, studded with wry one-liners, and the humanity of the performances.”  The New York Observer (Rex Reed) declared: “Significant Other is for everyone looking for a timeshare in the space we all occupy when life moves faster than we do.  A wonderful play about unrequited love, offered with warmth and without sentimentality.  I doubt if there is anyone who is unable to relate profoundly to the characters in this play and what they go through.” The Hollywood Reporter (David Rooney) summed it up as follows: “A funny-sad, vibrantly contemporary lonely-heart portrait.”

BARBARA BARRIE (Helene) has had a distinguished career in film, television and theatre. On Broadway, Ms. Barrie has appeared in The Selling of the President, The Prisoner of Second Avenue, California Suite, Torch Song Trilogy and Company (Tony nomination). She appeared Off-Broadway in the Roundabout production of Significant Other, I Remember Mama (OCC nomination), The Vagina Monologues, Current Events, After-Play, The Crucible, The Beaux’ Stratagem, Love Letters, Isn’t It Romantic? and The Killdeer (Obie and Drama Desk awards).  Barrie has also appeared in two seasons at American Shakespeare Festival in Connecticut, and three productions for Joseph Pap in Shakespeare In The Park.  Television credits include “Law and Order” (Emmy nomination), “Law and Order: Special Victims Unit” (Emmy nomination), “Breaking Away” (Emmy nomination), “Suddenly Susan,” “Enlightened,” “Nurse Jackie,” “Once and Again,” “Barney Miller,” “Thirtysomething” and “Family Ties.” Her mini-series and television movie credits include “Scarlett,” “Roots: The Next Generation,” “A Chance of Snow,” “My Left Breast,” “The Odd Couple: Together Again,” “Tell Me My Name,” “To Race the Wind,” “American Love Affair,” and “Barefoot in the Park.” Film credits include One Potato, Two Potato (Best Actress Award, Cannes Film Festival), Breaking Away (Academy Award nomination), Judy Berlin (Independent Spirit Award nomination), Frame of Mind, Second Best, Hercules, Private Benjamin, The Bell Jar and Thirty Days.

JOHN BEHLMANN (Will/Conrad/Tony) made his Broadway debut in the Tony-winning revival of Journey’s End, and appeared Off-Broadway most recently in the Roundabout production of Significant Other, Encores! 1776, MTC's Important Hats of the 20th Century, and The Civilians' Pretty Filthy.  Other NY Theater credits include The 39 Steps (NWS); Eager to Lose (Ars Nova); Wild Animals You Should Know (MCC); The Steadfast (SLANT); Trapeze Hero! (Ars Nova ANT Fest); and This is Not JAWS (Fight or Flight). Films include Wolf of Wall Street, Revolutionary Road, Stryka, Lies I Told My Little Sister, Pretty Bird; and he's starring in the upcoming indies Above All Things and Block Island. TV: "I Shudder"; "Odd Mom Out"; "Shoot Me Nicely"; “Blue Bloods”; “The Good Wife”; “3 lbs.”, “All My Children”, and “Guiding Light”. He also voiced characters in the Grand Theft Auto and World of Warcraft series. Proud alum of the NTC and Wesleyan University. johnbehlmann.com

SAS GOLDBERG (Kiki) is making her Broadway debut!  She has appeared Off Broadway in the Roundabout production of Significant Other and David Adjmi's Stunning (Lincoln Center). Other credits include The Best of Everything and The Urban Dictionary Plays. Sas was most recently seen recurring as Janice on the 2nd season of “Odd Mom Out” (Bravo), her other TV credits include “HAPPYish” (Showtime) and the upcoming “Search Party” (TBS). Sas and her writing partner sold and developed a pilot at NBC with Will Gluck producing through Sony TV. Sas's feature film, Are You Joking?, which she co-wrote, produced and stars in, premiered at the 2014 Seattle Film Festival and was distributed by New Wave Entertainment. BFA from the University of Michigan.

GIDEON GLICK (Jordan) Can be currently be seen in Samuel D. Hunter’s The Harvest at Lincoln Center. On Broadway, he originated roles in Spring Awakening and Julie Taymor’s Spiderman: Turn Off the Dark. Off-Broadway credits include Significant Other and Stephen Karam’s Speech and Debate (Roundabout), Jack in Into the Woods (Shakespeare in the Park), Samuel D. Hunter’s The Few (Rattlestick), Wild Animals You Should Know (MCC), Peerless (Cherry Lane), and Spring Awakening (Atlantic). Film credits include A Case of You, Song One, Gods Behaving Badly, and One Last Thing. On television he has appeared on “Elementary,” “The Good Wife,” “Man Seeking Woman,” “Margot Vs. Lily,” and recurred on “Devious Maids.” You can also hear him on the Panoply podcast “The Message.”

REBECCA NAOMI JONES (Vanessa) Pop-rock powerhouse Rebecca Naomi Jones made her Broadway debut in Passing Strange after starring in the original off-Broadway production. She went on to star in American Idiot and Hedwig and the Angry Inch on Broadway, and off-Broadway in Big Love, Love’s Labour’s Loss, This Beautiful City, Wig Out!, Murder Ballad and more.  Her film and TV credits include Sex&Drugs&Rock&Roll, The Switch, Nurse Jackie and Smash; and upcoming films Ordinary World and The Big Sick.

LINDSAY MENDEZ (Laura) has starred on Broadway as Elphaba in Wicked, celebrating the show’s 10th Anniversary. She has also appeared on Broadway in Godspell (2011 Revival), Everyday Rapture (Roundabout) and Grease (2007 Revival). Lindsay received Drama Desk, Drama League and Outer Critics Circle nominations for her portrayal of Rose in the Off-Broadway world premiere of Dogfight at Second Stage Theater, directed by Joe Mantello. Her other recent credits include The Rose Tattoo (WTF), Significant Other (Roundabout), and The Winter’s Tale (The Public).