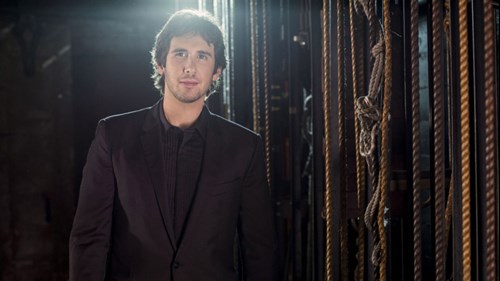 NATASHA, PIERRE AND THE GREAT COMET OF 1812 Will Play the Imperial

Previews for the new musical will begin in October

The new musical Natasha, Pierre & The Great Comet of 1812 will arrive on Broadway in October at the Imperial Theatre, according to a show spokesperson. The Broadway house is currently home to the revival of Les Miserables, which is scheduled to conclude its run in September.

As previously reported, the cast of Natasha will be headed by Grammy nominee Josh Groban, who will be making his Broadway debut as Pierre. The acclaimed singer will be joined by Denée Benton, who will also be making her Broadway debut. Benton will reprise the role of Natasha that she played in the recent engagement of the musical at the American Repertory Theater in Cambridge.

Created by Dave Malloy and directed by Rachel Chavkin, additional casting, design team and ticket information will be announced at a later date. Casting is by Stewart/Whitley.