Jessica Hecht, Adam Kantor to Star in 'Fiddler on the Roof' 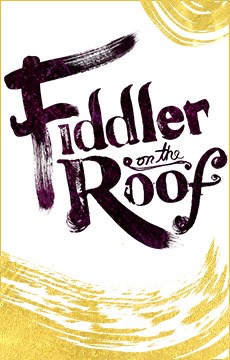 Jessica Hecht, Adam Kantor to Star in 'Fiddler on the Roof'
By THE ASSOCIATED PRESS

NEW YORK — Jessica Hecht and Adam Kantor have been cast opposite Broadway's next Tevye.

Producers of the upcoming revival of "Fiddler on the Roof" said Tuesday that Tony Award nominee Hecht will play Tevye's wife, Golde, and Kantor will play a prospective husband to his oldest daughter.

The new revival will star Danny Burstein. It will be directed by Tony Award-nominee Bartlett Sher, who directed Burstein in the revivals of "Golden Boy" and "South Pacific." It features lyrics by Sheldon Harnick, music by Jerry Bock and a story by Joseph Stein.

Hecht's other Broadway credits include "The Assembled Parties" and "A View From the Bridge." Kantor was in "Rent" and "Next to Normal."

Performances begin Nov. 12 at The Broadway Theatre. Tickets are on sale now.