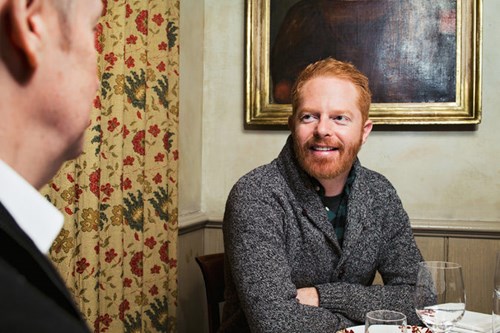 Securing a table at Gramercy Tavern, the abidingly debonair restaurant on East 20th Street, can, after 22 years, still feel a matter of tooth and claw. You might imagine that Jesse Tyler Ferguson, a star of ABC’s “Modern Family” and five-time Emmy nominee, need barely lift a pinkie to claim one.

But there he was on a snowy February morning, down in the windowless basement, learning what it’s like to be just another caller without an inside track, gently deflected and offered a consoling “Sorry.”

He had come to observe the restaurant’s besieged telephone reservationists in their natural habitat, the better to channel their woes and wiles in the comedy “Fully Committed,” which starts previews on Friday and opens for a limited run on April 25 at the Lyceum Theater.