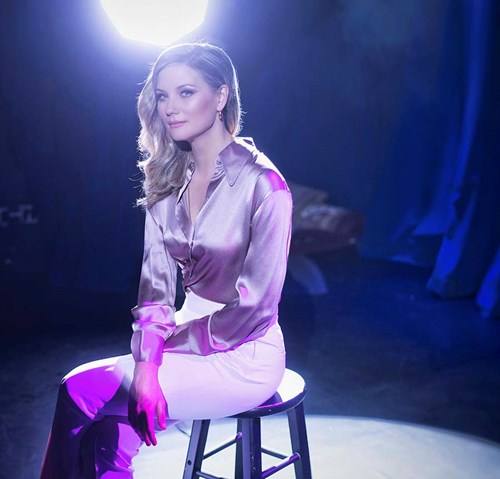 Joins the Cast of

Jennifer Nettles is a superstar entertainer on multiple platforms who just expanded her musical versatility with a genre-defying album of American Songbook classics, Always Like New. She can soon be seen reprising her role as a judge on TBS’ mega-hit competition series “Go-Big Show.” Jennifer plays Aimee-Leigh Gemstone on HBO’s hit series “The Righteous Gemstones” and recently delivered a powerful and provocative performance in Focus Features’ Harriet Tubman biopic. In 2019, she released an EP titled I Can Do Hard Things. Previously, she released two solo albums, Playing with Fire and To Celebrate Christmas as well as a Sugarland album, Bigger. Jennifer’s song “Stay” was a platinum No. 1 hit which earned her two Grammy Awards: one for “Best Country Song” and “Best Country Performance by a Duo or Group” with Sugarland. She won another Grammy for her collaboration with Bon Jovi on "Who Says You Can't Go Home." Other recognitions include five ASCAP Awards, three ACM Awards, a CMA Award, the Human Rights Campaign’s Ally for Equality Award and the Artist Impact Award from Lincoln Center. Jennifer made her Broadway debut in 2015 as “Roxy Hart” in the Tony Award-winning, record-breaking musical Chicago and starred as “Donna” in the Hollywood Bowl’s summer production of Mamma Mia!. She is currently developing a musical about 17th Century Crusading Poisoner Giulia Tofana.

Maeisha McQueen is making her Broadway debut with Waitress after appearing in the First National Tour and was last seen in the one-person play, Until the Flood. Select Off-Broadway and regional credits include PEACHES, The Color Purple (Sophia) and His Eye is on the Sparrow (Ethel Waters). Maiesha’s film credits include DayBlack and Down to Earth.

Ashley Blanchet has appeared on Broadway in Frozen, Beautiful, Annie and Memphis. Ashley’s upcoming films include Better Nate Than Ever on Disney+ and Are You Okay? (WonderMedia). Select Regional credits include Cinderella (Title Role, Paper Mill Playhouse) and Oklahoma! (Ado Annie, PCLO).

Waitress is back on Broadway for a limited engagement now through January 9, 2021 at the Ethel Barrymore Theatre (243 West 47th Street, NYC).

Based on the 2007 motion picture written by Adrienne Shelly, Waitress is the first Broadway musical in history to have four women in the four top creative team spots, with a book by Jessie Nelson, music and lyrics by Grammy Winner and Tony and Emmy Award-nominated Sara Bareilles, choreography by Lorin Latarro and direction by Tony Award-winner Diane Paulus.

Debuting in April 2016, Waitress is one of the longest-running shows in recent Broadway history, playing more than 1500 performances at The Brooks Atkinson Theatre.

Waitress has also played successful productions on US National Tours, London’s West End and around the world. New international productions, including US and UK tours, will head out as local pandemic restrictions ease up.

Waitress tells the story of Jenna, a waitress and expert pie maker stuck in a small town and a loveless marriage. When a baking contest in a nearby county offers her a chance at escape, Jenna fights to reclaim a long-forgotten part of herself. Through the support of her fellow waitresses and an unexpected romance Jenna begins to find the courage to take a long-abandoned dream off the shelf. Waitress celebrates the power of friendship, dreams, the family we choose and the beauty of a well baked pie.

Waitress is produced on Broadway by Barry and Fran Weissler and Norton and Elayne Herrick.