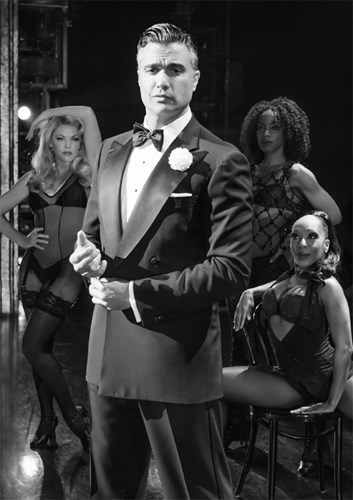 Jaime Camil, who stars as Rogelio de la Vega on TV's Jane the Virgin, has extended his run in the Tony-winning, record-breaking production of Chicago.

The Latin actor, who stepped into the role of slick lawyer Billy Flynn for a five-week engagement at the Ambassador Theatre May 3, was originally scheduled through July 3. He will now continue in the part until July 31.

Camil, who made his Broadway bow in 2005 in Latinologues, has starred in over 20 award-winning films, including Pulling Strings and 200 Cartas (alongside Lin-Manuel Miranda). Camil has led the highest-rated telenovelas of all time, including La fea más bella, Por ella soy Eva and Qué pobres tan ricos. He has recorded four platinum-selling albums and has starred in many musicals in his native Mexico City, including West Side Story, Hook, Aladdin, El diluvio que viene and more. In 2005 he led the Broadway-bound musical The Mambo Kings.