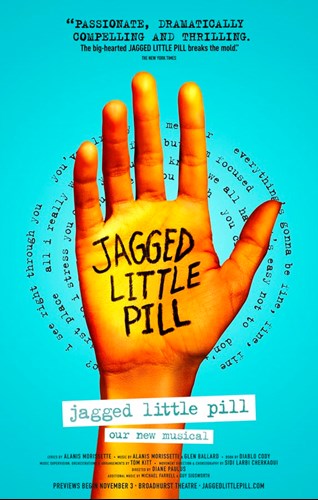 The Healys are a picture-perfect family — but looks can be deceiving. When the cracks beneath the surface begin to show, they must choose between maintaining the status quo or facing harsh truths about themselves, their community, and the world around them. Featuring Morissette’s iconic songs including “Ironic,” “You Oughta Know,” and “Hand In My Pocket,” plus brand-new songs written for the show, Jagged Little Pill comes to the stage with music supervision, orchestrations, and arrangements by Tom Kitt (Next to Normal), and choreography by Sidi Larbi Cherkaoui (Beyonce & Jay-Z’s “Apeshit” music video).