In FIDDLER ON THE ROOF, a Title Role Shared Onstage and Off 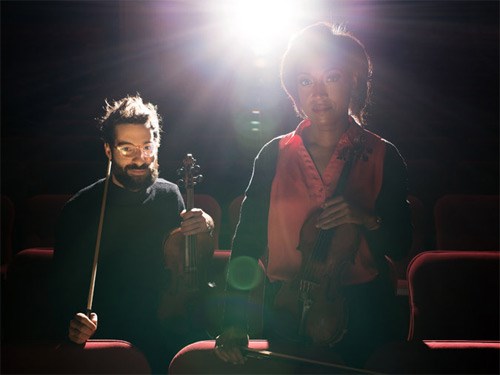 In 'Fiddler on the Roof,' a Title Role Shared Onstage and Off
by Michael Cooper

Pop quiz: Who plays the title role in the new Broadway revival of “Fiddler on the Roof”?

Not Danny Burstein, though he gets top billing as Tevye, the dairyman and father at the heart of the musical. But he is only a fiddler in the metaphorical sense of all the villagers of Anatevka, trying to scratch out a simple tune without breaking his neck.

There are really two artists who can lay claim to the title role: Jesse Kovarsky, the dancer who strikes Chagall-worthy poses onstage while playing the violin version of air guitar; and Kelly Hall-Tompkins, the versatile violinist who makes the music come alive in the orchestra pit.

“Kelly is the Fiddler on Broadway!” read an email she sent to friends after landing the gig as the orchestra’s concertmaster, who plays all the solos.

It is, needless to say, a juicy musical for a violinist. “I was thrilled to be able to bring my own voice to this,” said Ms. Hall-Tompkins, a soloist and chamber musician who is well known in New York music circles but is playing on Broadway for the first time. “There’s a lot of virtuosic violin schmaltz, and opportunity for just gutsy, beautiful sounds.”