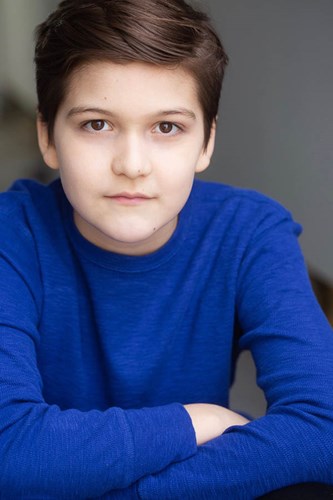 Trevor features book and lyrics by Dan Collins (Southern Comfort) and music by Julianne Wick Davis (Southern Comfort). Trevor is based on an original story by James Lecesne and the Academy Award-winning short film, Trevor, directed by Peggy Rajski and produced by Randy Stone and Peggy Rajski, that had an original screenplay by James Lecesne. Choreography is by Josh Prince (Beautiful: The Carole King Musical) and direction is by Marc Bruni (Beautiful: The Carole King Musical).

Trevor is about 13-year-old Trevor, a force of nature with a vivid imagination. As he deals with becoming a teenager, Trevor struggles to navigate his own identity and determine how he fits in a challenging world.

The Trevor Project, founded by Peggy Rajski, Randy Stone and James Lecesne, was created as a result of the Trevor film and is not affiliated with the musical. It is the nation’s only accredited crisis intervention and suicide prevention organization focused on saving LGBTQ lives. www.TheTrevorProject.org

ELLIE KIM (Ensemble, u/s Mary/Frannie/Cathy) is grateful to God and overjoyed to be part of this beautiful musical. Broadway: School of Rock. TV: “Sesame Street,” “The Godmother,” Discovery Channel. Voiceover/Commercial/Print: Nickelodeon, Nintendo, and others. Instagram: @elliebellykim

YALE LANGWORTHY (Pinky) is a junior in high school and has moved all the way from Boise, Idaho for this exciting role. His most recent credits include Flounder (Little Mermaid), Race (Newsies) and Benjamin (Joseph) with Starlight Mountain Theatre Summer Stock. He would like to thank his parents for this opportunity.

MATEO LIZCANO (Jason) is delighted to be making his Off-Broadway debut! He studies voice/musical theater at Frank Sinatra School of the Arts and recently performed in a staged reading of The Bitter Sweets.