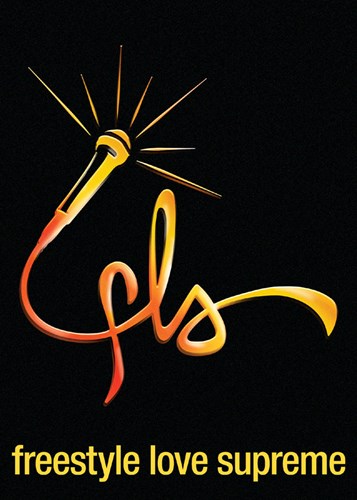 FOR THE FIRST TIME ON BROADWAY

June 18, 2019—FREESTYLE LOVE SUPREME, the highly-acclaimed improv sensation that recently finished a sold-out run off-Broadway, is coming to Broadway for the first time since it was created by Thomas Kail, Lin-Manuel Miranda and Anthony Veneziale in 2004. The strictly limited Broadway engagement, produced by Kail, Miranda, Jenny and Jon Steingart, and Jill Furman, will begin performances on Friday, September 13, 2019 at the Booth Theatre, 222 W. 45th Street, and end its limited 16 week run on Sunday, January 5, 2020. A blend of hip-hop, improvisational theater, music, and vocal stylings, FREESTYLE LOVE SUPREME will open on Wednesday, October 2.

“15 years ago, when Freestyle Love Supreme was first developed, the idea of bringing our little improv show to Broadway seemed completely out of the realm of possibility,” said two of the Co-Creators and Producers Thomas Kail and Lin-Manuel Miranda. “But it is out of that improbability that FLS has found this new home, thanks to legions of loyal fans – first at Ars Nova, at various festivals around the world, then with one-off shows, and most recently with our off-Broadway run last winter. We’ve had many of our happiest and most fulfilling creative moments working on FLS and are excited to see its next chapter unfold at the Booth Theatre. It is a show that consistently surprises us: we have no idea what to expect any time we do it - and isn’t that the true beauty of live theater? Freestyle Love Supreme wouldn’t want or have it any other way!”

“Freestyle Love Supreme might be seen as what the Hamilton creators did next. But it isn’t. It’s what they did first.”—The Daily Beast

“A linguistic marvel. This wonderful collective delivers improvisational comedy, only in rhyme and music. Their ability to transform audience suggestions into complex, rapid-fire rapping, spoken word passages and full-blown musical numbers is simply mind-blowing. You get the feeling even Robin Williams wouldn’t be able to keep up.”—The Hollywood Reporter

“The fast-thinking geniuses who turn audience suggestions into hilarious, rapid-fire rhyme leave you feeling happy and yes, a little sad too after 85 minutes of adrenaline-infused cavorting. Sad because there is so much joy attached to their collective act of spontaneous creation that you’re reluctant at the end of the show to acknowledge that yes, all good sets must come to an end.”—The Washington Post

FREESTYLE LOVE SUPREME features talented performers providing non-stop action throughout this fast-paced evening, spinning suggestions from the audience into humorous bits, instantaneous songs and riffs, and fully realized musical numbers. The electrifying vocals of the performers – from singing to rapping to beat-boxing with harmonies and freestyle flow – are backed by tight tunes from keyboards and human percussion.

Special spontaneous and unannounced guests are planned for select performances during the run which will include Freestyle Love Supreme members Lin-Manuel Miranda, Christopher Jackson, Daveed Diggs, and James Monroe Iglehart, along with Wayne Brady, Ashley Pérez Flanagan, and many more.

In name and beyond, FREESTYLE LOVE SUPREME pays homage to John Coltrane's "A Love Supreme", with a nod to musical roots in jazz, soul, blues and hip-hop. FREESTYLE LOVE SUPREME was originally developed and produced in 2004 by Ars Nova, in association with Jill Furman and Back House Productions. The show has played in all five boroughs and many states, as well as the U.S. Comedy Festival, Edinburgh Fringe Festival, Melbourne Comedy Festival, and the Montreal Just for Laughs Festival.