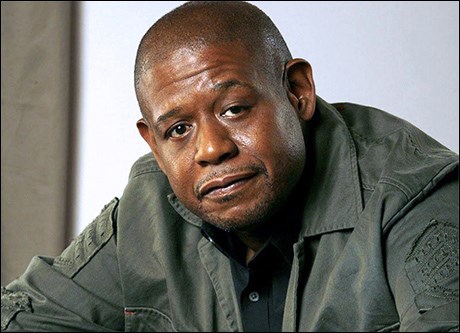 The New York Times says “Eugene O’Neill is America’s greatest playwright.” “HUGHIE is a full and rich evening of theater” and Time Magazine says “O'Neill is the greatest master of theater the U.S. has ever produced.”
The New York Times says “Michael Grandage has been responsible for some of the most emotionally engaging shows on stage (Red, Frost/Nixon, Hamlet with Jude Law, The Cripple of Inishmaan). He is a craftsman of the theater, and he makes sure that the play’s intellectual arguments are sensually grounded.”

1928. New York City. A hotel lobby. A small-time gambler and big-time drinker makes his way back to Room 492. With a new night clerk on duty, he is forced to confront his personal demons and discover the real end to his own story. HUGHIE is a rarely seen theatrical masterpiece about the loneliness and redemption of one man chasing the American Dream.

HUGHIE premiered on Broadway in 1964 with Jason Robards in the role of “Erie” Smith. The role of “Erie” has been played by illustrious actors such as Burgess Meredith, Ben Gazzara and Al Pacino.

Forest Whitaker (Erie Smith) is an actor, producer and director who has won an Academy Award, Golden Globe Award and BATA for his portrayal of Dictator Idi Amin in Taylor Hackford’s The Last King of Scotland, and has appeared in over fifty films that have collectively grossed over $2 billion. Whitaker studied opera and drama in college and his first big-screen break-out performance was in Amy Heckerling’s Fast Times at Ridgemont High. Over the next thirty years he worked with the greatest directors of our time, appearing in critically acclaimed films that include Oliver Stone’s Platoon, Clint Eastwood’s Bird ( for which Whitaker won the Best Actor Award at Cannes), Martin Scorsese’s The Color of Money (opposite Paul Newman), Robert Altman’s Ready to Wear, Wayne Wang’s Smoke, Barry Levinson’s Good Morning Vietnam, Neil Jordan’s The Crying Game, Jim Jarmusch’s Ghost Dog: The Way of the Samurai, David Fincher's Panic Room, Spike Jonze’s Where The Wild Things Are, Denzel Washington’s The Great Debaters, and Lee Daniels’ The Butler. As a director, Mr. Whitaker’s work includes HBO’s Strapped, Waiting to Exhale, Hope Floats, and First Daughter. Most recently Mr. Whitaker won critical acclaim for his performance in Antoine Fuqua’s Southpaw, with upcoming film projects that include Star Wars: Rogue One.

Frank Wood (Night Clerk) won the Tony Award and the Drama League Award for Side Man. He went on to play the role of “Gene” on London’s West End and in Australia. Frank was last seen on Broadway in Clybourne Park. Off-Broadway, he was in MCC’s production of The Nether at The Lucille Lortel Theatre, and played “Roy Cohn” in the Signature Theatre Company’s revival of Angels in America. Wood’s additional Broadway credits include August: Osage County; Born Yesterday; Hollywood Arms and he has been seen Off-Broadway in the original productions of Spring Awakening at The Atlantic Theatre, Sam Shepard’s The God of Hell, Soho Rep, Playwrights Horizons, Minetta Lane Theatre and CSC. He has been seen on film in Gold, Changeling, Taking of Pelham 1 2 3, Dan in Real Life, Thirteen Days, Pollock, People I Know, In America, Down to You, Royal Tennenbaums, Greetings from Tim Buckley, and The Missing Person. Frank’s Television credits include “The Newsroom,” “The Good Wife,” “Modern Family,” “Elementary,” “Blue Bloods,” “The Knick,” “Girls,” “Flight of the Conchords,” “Grey’s Anatomy,” “Sopranos,” and “Law & Order: SVU.” Frank Wood has performed regionally at The Goodman Theatre; ACT; Long Wharf Theatre; Hartford Stage; Williamstown Theatre Fest.; McCarter Theatre; Cincinnati Playhouse; Arena Stage, DC; Mark Taper Forum, LA. He is a graduate of Wesleyan University (BA) and NYU Graduate Acting Program (MFA).