'Fish in the Dark' Extends for an Additional Two Weeks 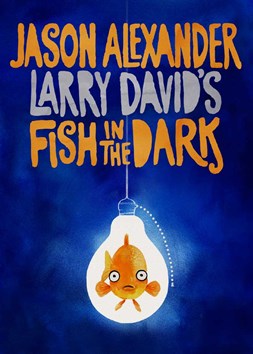 Larry David’s record-breaking hit comedy 'Fish in the Dark', starring Jason Alexander and directed by Anna D. Shapiro, will extend its limited engagement for an additional two weeks through Saturday, August 1 at the Cort Theatre (138 West 48 Street). This marks the second and final extension for the production, which began performances on Monday, February 2 with the highest advance sale for any play in Broadway history and which went on to break three Cort Theatre box office house records.

"Thrilling news!” exclaimed Larry David when he was told about the extension. “ I've got a good mind to go out and buy some new sneakers."