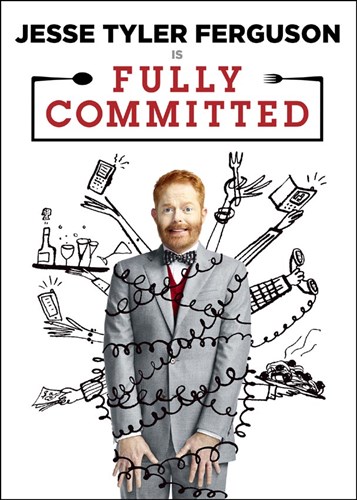 “HILARIOUS!” “A MASTER CLASS IN HYSTERIA!”
Time Out New York The Huffington Post

You think you’re having a bad day? Meet Sam (Ferguson). He works the red-hot reservation line at one of New York’s trendiest restaurants, where the best food inspires the worst behavior. Coercion, petty threats, bribes, histrionics—a cast of desperate callers, all brought to life by Ferguson, will stop at nothing to land a prime reservation, or the right table in Becky Mode’s hilarious and delicious comedy. Amid the barrage, Sam has his own problems to deal with. While juggling scheming socialites, name-dropping wannabes, fickle celebrities and egomaniacal bosses, can he still manage to look out for himself?

Fully Committed is based on characters created by playwright Becky Mode and Mark Setlock, from their experience working in the blistering world of the high-end restaurant industry.