Fiddler on the Roof Will Play Its Final Performance Dec. 31 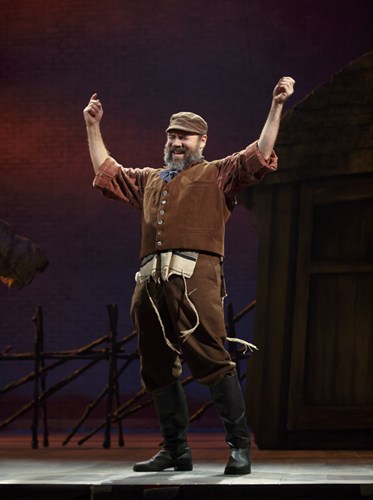 FIDDLER ON THE ROOF
Will Play Its Final Performance
Saturday, December 31, 2016 at 2:00pm

Producer Jeffrey Richards said; “We felt that it was important to provide people with enough time to come see this great musical in a definitive production. Who knows the next time one will be able to experience this award-winning show on Broadway!”.

A beloved theatrical classic from Tony Award-winner Joseph Stein, and Pulitzer Prize- winners Jerry Bock and Sheldon Harnick, Fiddler on the Roof is directed by Tony Award-winner Bartlett Sher (South Pacific, The King and I); choreographed by the acclaimed Israeli choreographer Hofesh Shechter; inspired by the original choreography of Jerome Robbins; and has musical direction by Ted Sperling.

Fiddler on the Roof is the heartwarming story of fathers and daughters, husbands and wives, and life, love and laughter.   This classic musical is rich with Broadway hits, including “To Life (L’Chaim!),” “If I Were A Rich Man,” "Sunrise Sunset,” "Matchmaker, Matchmaker,” and “Tradition.”

Fiddler on the Roof is presented on Broadway by Jeffrey Richards, Jam Theatricals, Louise Gund and Jerry Frankel.