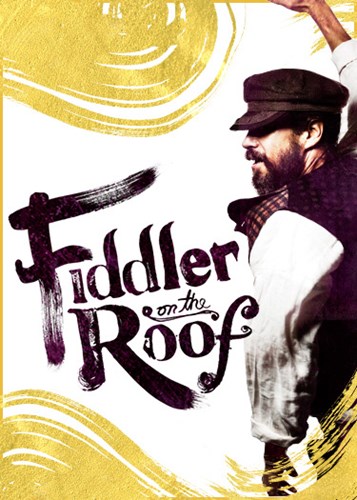 FIDDLER ON THE ROOF ANNOUNCES ADDITIONAL CASTING; KARL MARX, THE IRS, AND PETER PAN, TO JOIN THE CAST

Producers Jeffrey Richards, Jerry Frankel, and Jam Theatricals are thrilled to announce ADAM DANNHEISSER, who was recently seen as Dennis in Rock of Ages and as Karl Marx in The Coast of Utopia, has joined the cast of Fiddler on the Roof as Lazar Wolf. KARL KENZLER, who recently played IRS agent Henderson in You Can't Take It With You and George Banks in Mary Poppins, will play the Constable; and MELANIE MOORE , who is currently playing Peter Pan in Finding Neverland and is the season eight winner of "So You Think You Can Dance," will play Chava.

Fiddler on the Roof will be directed by Tony Award winner Bartlett Sher, who most recently helmed the 2015 Tony Award-winning Broadway revival of The King and I. Sher has directed Burstein on Broadway in the revivals of Golden Boy, Women on the Verge of a Nervous Breakdown and South Pacific. It will be choreographed by Hofesh Shechter, inspired by the original choreography of Jerome Robbins, and the music director will be Ted Sperling (The King and I, South Pacific).

Fiddler on the Roof has book by Joseph Stein, music by Jerry Bock and lyrics by Sheldon Harnick. The original Broadway production of the show, which opened in 1964, had the first musical theatre run in history to surpass 3,000 performances. The show won the 1965 Tony Award for Best Musical in addition to eight other Tony Awards that year.

ABOUT THIS PRODUCTION
Rediscover the joy as a Broadway tradition returns: Fiddler on the Roof. Tony-winning director Bartlett Sher and the team behind Lincoln Center's productions of South Pacific and The King and I bring a fresh and authentic vision to this beloved theatrical masterpiece from Tony winner Joseph Stein and Pulitzer Prize winners Jerry Bock and Sheldon Harnick. The original production won ten Tony Awards including a special Tony for becoming the longest-running Broadway musical of all time-and now you can be there when the sun rises on this new production starring Tony nominees Danny Burstein and Jessica Hecht with stunning movement and dance from acclaimed Israeli choreographer Hofesh Shechter based on the original staging by Jerome Robbins. A wonderful cast and a lavish orchestra tell this heartwarming story of fathers and daughters, husbands and wives, and the timeless traditions that define faith and family. Featuring the Broadway classics "To Life (L'Chaim!)," "If I Were A Rich Man," "Sunrise Sunset," "Matchmaker, Matchmaker," and "Tradition," Fiddler On the Roof will introduce a new generation to this uplifting celebration that raises its cup to joy! To love! To life!