Eddie George Leaps to CHICAGO From the N.F.L. 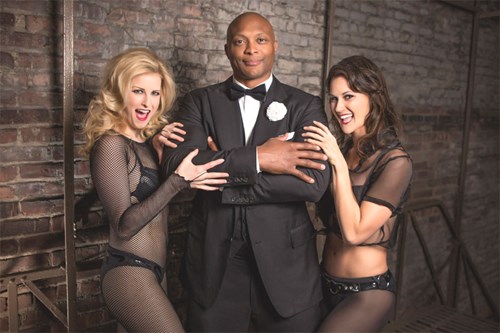 Eddie George Leaps to CHICAGO From the N.F.L.
by Richard Sandomir

Eddie George was in his dressing room at the Ambassador Theater on Tuesday night, a Heisman Trophy winner and former star N.F.L. running back about to step onstage for his Broadway debut in “Chicago.”

The setting was new, the emotions familiar.

“Man, it felt like game time,” he said in an interview the next day. “This is what you live for — like when you leave the tunnel and run onto the field.”

He was no longer trying to elude defenders bent on dragging him down. Instead, as the charming lawyer Billy Flynn, he entered through a fluttering circle of pink ostrich feathers, wearing a tuxedo and white carnation, and singing: “I don’t care about expensive things/Cashmere coats, diamond rings/Don’t mean a thing/All I care about is love.”