Ed Harris as Atticus Finch in TO KILL A MOCKINGBIRD 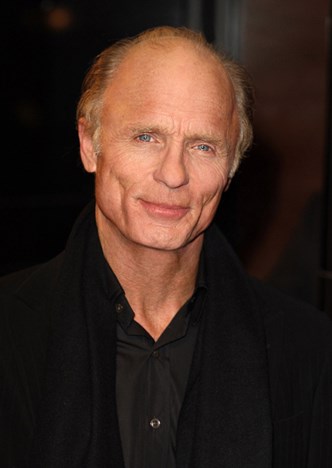 AFTER MORE THAN TWO DECADES

One of the most celebrated actors of his or any generation, Ed Harris has received four Academy Award nominations and created indelible performances in such films as Pollock, Apollo 13, The Truman Show, and The Hours among many others, distinguishing him as one of the truly iconic figures in American film history. He is currently reprising his acclaimed, Emmy nominated role in the HBO series, “Westworld,” and won a Golden Globe for his performance as Senator John McCain in HBO’s “Game Change.” Now, he takes on Atticus Finch — the most iconic character in the American literary cannon — in what is sure to be a landmark event of the new Broadway season. Mr. Harris made his Broadway debut in 1986, in his Tony Award-nominated, starring role in Precious Sons. He has won Drama Desk, Obie and Lucille Lortel Awards and received Tony nominations for his riveting stage performances over the years. To Kill a Mockingbird will mark his welcome return to New York, his first time on Broadway since 1993.

Ed Harris (Atticus Finch) stars as the enigmatic Man in Black in the HBO series sensation, “Westworld” (Emmy Award nomination) and will reprise his role in the upcoming third season. Harris made his feature film directing debut on Pollock, receiving an Academy Award nomination as Best Actor for his performance in the title role. Harris also directed, as well as co-wrote Appaloosa, starring opposite Viggo Mortensen. His film credits include A History of Violence (Natl. Society of Film Critics Award); The Hours (Academy Award, Golden Globe, SAG and BAFTA nominations); The Truman Show (Academy Award nomination, Golden Globe Award); Apollo 13 (Academy Award and Golden Globe nominations, SAG Award); Kodachrome; Darren Aronofsky’s Mother!; In Dubious Battle, Run All Night, Frontera, The Face of Love, The Way Back, Copying Beethoven, The Right Stuff, The Abyss, The Rock, The Human Stain, A Beautiful Mind, Stepmom, The Firm, , Places in the Heart, Alamo Bay, Sweet Dreams, Jacknife, State of Grace, The Third Miracle, Touching Home and Victor Nunez’s A Flash of Green. Harris won a Golden Globe Award for Best Supporting Actor, along with Emmy and SAG nominations, for his portrayal of John McCain in the Jay Roach-directed “Game Change” for HBO. He starred with Paul Newman in the HBO miniseries “Empire Falls,” for which he received Emmy, Golden Globe and SAG Best Actor nominations. His other television credits include “The Last Innocent Man,” “Running Mates,” “Paris Trout,” and “Riders of the Purple Sage,” for which he and his wife Amy Madigan, as co-producers and co-stars, were presented with the Western Heritage Wrangler Award for Outstanding Television Feature Film. In 2018, Harris starred in the New York Premiere of David Rabe’s Good for Otto at Off-Broadway’s The New Group. Harris and Madigan made their West End debut in November of 2016 in the London production of Sam Shepard’s Pulitzer Prize-winning play, Buried Child (Olivier Award nomination). In 2012, at the Geffen Playhouse in Los Angeles, Harris starred with Amy Madigan, Bill Pullman and Glenne Headley in the world premiere of playwright Beth Henley’s The Jacksonian, directed by Robert Falls. He reprised that role to critical acclaim in the play’s 2014 New York premiere at Off-Broadway’s Acorn Theater for The New Group. Harris received both an Outer Critics Circle Award nomination and a Lucille Lortel Award nomination for the Off-Broadway production of Wrecks at New York City’s Public Theatre. He originated the role, with writer/director Neil LaBute, for the play’s world premiere at the Everyman Palace Theatre in Cork, Ireland and won the 2010 LA Drama Critics Circle Award for Best Solo Performance for the production of Wrecks at the Geffen Playhouse. His theatre credits include: Ronald Harwood’s Taking Sides; Sam Shepard’s Fool for Love (Obie Award), Simpatico (Lucille Lortel Award); George Furth’s Precious Sons (Drama Desk Award, Tony nomination); Prairie Avenue; Scar; A Streetcar Named Desire; The Grapes of Wrath; and Sweet Bird of Youth.