Dr. Laura Forese Appointed to the Board of Directors of The Shubert Organization 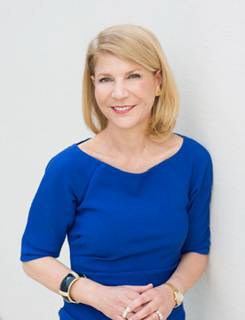 (New York, NY) The Board of Directors of The Shubert Organization announce today the appointment of Laura Forese, M.D., M.P.H. as a new member of the board, effective immediately. Dr. Forese will also serve on the board of The Shubert Foundation.

Dr. Laura Forese is the Executive Vice President and Chief Operating Officer of NewYork-Presbyterian, one of the nation’s most comprehensive, integrated academic healthcare systems. An orthopaedic surgeon, she has ultimate operational responsibility for the NewYork-Presbyterian enterprise, including 10 hospital campuses, 200 primary and specialty care clinics and medical groups, more than 48,000 employees and affiliated physicians, and more than $9 billion in revenue.

Dr. Forese has been named among the 100 most influential people in healthcare nationally, the top 25 women leaders, and the 50 most influential physician executives each by Modern Healthcare magazine. She has also been named among the 50 most powerful women in New York by Crain’s Business, and has been honored as Mother of the Year by the American Cancer Society. Dr. Forese graduated summa cum laude and Phi Beta Kappa from Princeton University and Alpha Omega Alpha from Columbia College of Physicians & Surgeons, and she holds a management degree from Columbia’s Mailman School of Public Health. She is married to Dr. Robert Downey, a thoracic surgeon and they have 3 adult children.

“Laura’s love of the theatre is one of the many special qualities she will bring to the Shubert Foundation,” said Diana Phillips, President. “Her interest in the arts together with her medical background offer a unique combination of skills: we look forward to drawing on these attributes at this crucial time for the performing arts.”

Under the leadership of Robert E. Wankel, Chairman/CEO, The Shubert Organization owns and operates seventeen Broadway theatres and six Off-Broadway venues. Over the course of its 120-year history, Shubert has produced and co-produced hundreds of plays and musicals, including School of Rock - The Musical, Cats (revival), Hugh Jackman - Back on Broadway, Passing Strange, Amour, Dirty Blonde, Passion, The Grapes of Wrath, City of Angels, A Few Good Men, The Heidi Chronicles, Jerome Robbins’ Broadway, Sunday in the Park with George, The Real Thing, Cats (original Broadway), Dreamgirls, The Life and Adventures of Nicholas Nickleby, Amadeus, Children of a Lesser God, Ain’t Misbehavin’, The Gin Game, Little Shop of Horrors (original Off-Broadway), Hedwig and the Angry Inch, Once, The Curious Incident of the Dog in the Night-Time, The Band’s Visit, Come From Away, Dear Evan Hansen, and Company. For more information, visit www.shubert.nyc

The Shubert Organization Board of Directors