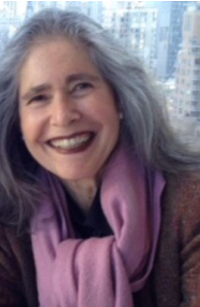 NEW YORK, NY April 20, 2020 – The Board of Directors of The Shubert Foundation has appointed Diana Phillips to serve as President of the Foundation. Ms. Phillips will take over the position previously held by Michael I. Sovern, who passed away on January 20, 2020. He had served as President of the Foundation since 1996.  The Shubert Foundation is the nation’s largest private foundation dedicated to unrestricted funding of not-for-profit theatre and dance companies.

“This is a period of unprecedented challenge for countless not-for-profit theatre and dance organizations,” said Ms, Phillips. “At this critical time, The Shubert Foundation is privileged to be able to provide the general operating support that makes Shubert funding so distinctive and is more necessary than ever.”

"As President for almost 25 years, Michael Sovern’s passionate commitment to the performing arts, his wise counsel, and his devoted service will always be an inspiration to the leadership and staff of The Shubert Foundation.  I look forward to working closely with Executive Director Vicki Reiss and Program Director Amy Dorfman Wine, whom Michael so respected, and to building on his legacy”.

From 1988 until her retirement, Diana Phillips was Worldwide Director of Press and Corporate Affairs and an Executive Vice President of Sotheby’s, the international art auction house. In that capacity, she headed the firm’s global press team and oversaw and managed corporate affairs as well as the international publicity campaigns of Sotheby’s most celebrated auctions. Prior to joining Sotheby’s she was an account executive at Hill & Knowlton, the international public relations firm. She is a Board Director of The Shubert Organization and FXB USA, part of FXB International, a global pioneer in lifting the poorest of the poor out of poverty by helping them to become self-sufficient.  Ms. Phillips, who was born in Cape Town, South Africa, has an academic background in Classics and taught Latin for nine years.

The Shubert Foundation, Inc. is the nation’s largest private foundation dedicated to unrestricted funding of not-for-profit theatre and dance companies. In 2019, the Foundation grants program awarded $32 million to 556 not-for-profit performing arts organizations across the United States. The Shubert Foundation, Inc. was established in 1945 by the legendary team of brothers Lee and J.J. Shubert, prolific theatrical producers who owned and operated a nationwide network of legitimate theatres. For more information, visit www.shubertfoundation.org