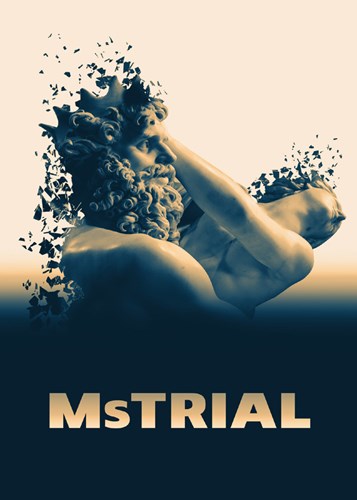 Will get New York Premiere

“A potent salvo in détente between the sexes.” - LA Times

John Paris is one of America's most infamous trial lawyers. When he brings in Karen Lukoff, the shining star of the local DA's office to assist in winning his newest high-profile case, John discovers that Karen is not only a gifted attorney - but also his equal match. After a wild alcohol-fueled victory celebration, their potent attraction slides down a slippery slope changing their lives forever. John and Karen now face an audience of their peers, who ultimately must decide for themselves how justice is served and render the final verdict.

MsTRIAL is written by lawyer-turned-playwright Dep Kirkland, and debuted at the Court Theatre in West Hollywood in 2002, well before the #MeToo movement took root. Seventeen years later, is even more gripping and more relevant. MsTRIAL is raw tale that explores and exposes the murky waters in a fraught case of "he said, she said" and asks us, "Is justice truly blind?"

"When I first read this play, it really affected me as a professional woman in a male-dominated world. Despite being written over 17 years ago, these topics of power and seduction, in the workplace, are still very topical. I am excited to have people see Dep's powerful and thought-provoking play and start a conversation." - MsTRIAL Producer, Maija Anttila

DEP KIRKLAND (Playwright) is an actor, playwright, screenwriter, author, and director. A native of Savannah, Dep first headed to the University of Michigan to study chemical engineering — because his dad thought it was a terrific idea (and would have been – for his dad). For his next misguided adventure, he entered the legal field — because his mother thought it was a terrific idea (and would have been – for his mother) — attending the University of Georgia Law School and then practicing privately and ultimately serving as the Chief Assistant District Attorney in Savannah, cross-designated as a federal prosecutor, and holding admissions to various state and federal courts, including the United States Supreme Court. Continuing the charade of legal warrior, Dep relocated to Washington, D.C. to design, build, and direct the first Anti-Piracy Task Force for the satellite television industry, creating a national investigation network of over 60 former FBI agents, and a staff including the former Director of the FBI National Academy, the former executive head of the FBI’s ViCAP program, and the FBI liaison to Capitol Hill. Next came a stint as a consultant to The Edison Project, a planned nationwide network of cutting-edge schools, working with Benno Schmidt, the former President of Yale University, and Hamilton Jordan, former Chief of Staff to President Carter. After roaming these intriguing but ultimately unsatisfying universes, Dep eventually came to his senses, decided to listen to his own voice, and walked away from the legal field altogether to pursue his previously private dream of acting, writing, and directing — moving first to New York City, where he studied with the legendary Fred Kareman in his Carnegie Hall studio — and later to Los Angeles. He currently splits his time between New York, Los Angeles, Austin, and Cheyenne, Wyoming.

RICK ANDOSCA (Director) has been an actor, theatre director, and teacher for close to fifty years. As a stage actor, he has played over seventy roles in more than 1,000 performances. As a director, Rick has directed over twenty Actors Equity Association productions, from LA to NYC. He also has appeared in more than twenty film and television productions and has worked aside, among others, Elijah Wood, Gregory Hines, Carroll O’Conner, and David Morse. He trained in the Meisner Technique for over eight years with Robert X. Modica in NYC, at Mr. Modica's Carnegie Hall studios. Prior to making a move to NYC, Rick studied at the Leland Powers School of Radio, Theatre, and Television in Boston. From Joseph Papp`s Public Theater to the Manhattan Theater Club, Rick has appeared in shows spanning some nine states and, as a director, he has staged plays from Massachusetts to LA. His award-winning production of Dennis McIntyre`s NATIONAL ANTHEMS triggered this reaction from the New York Times: "Attention must be paid to this production." In television, Rick has been featured in such classics as CHEERS, Steven Spielberg's AMAZING STORIES, and IN THE HEAT OF THE NIGHT. Among his numerous film roles, some samples are PARADISE, PET SEMETARY ll (yes that`s how they spell it), and continuing up through SUMMER '03. Rick had a forty-year creative relationship with his mentor, teacher, and friend, the renowned Robert X. Modica, until Bob`s passing in 2014. Mr. Andosca has taught advanced students in the Meisner Technique for some thirty years, in New York, Los Angeles, and now in the burgeoning film mecca of Atlanta, Georgia.


MsTRIAL is produced by Maija Anttila, and Perry Street Theatricals are the General Managers.