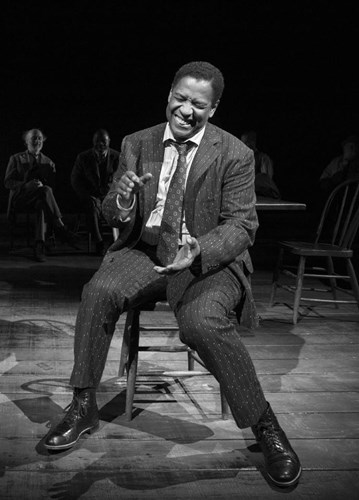 Denzel Washington, two-time Academy Award® winner and Tony Award® winner, returns to Broadway in one of the signal roles in the American theatre in Eugene O’Neill’s The Iceman Cometh, for 14 weeks only.

Frank Rich of The New York Times raved, “the word ‘masterwork’ is not invoked lightly. Eugene O’Neill’s tragic vision remains undiminished by time. The Iceman Cometh is a ferocious American classic that has lost none of its power to send one shaking into the middle of the night.” Beginning March 22, 2018, Denzel Washington, fresh off his extraordinary sell-out runs in both Fences and A Raisin in the Sun, comes back to the Main Stem in “the greatest American play” (New York Magazine) by “the greatest American playwright” (The Washington Post).

“Before Eugene O’Neill, America had entertainment; after him, it had drama.” John Lahr, The New Yorker

“Eugene O’Neill did nothing less than re-invent—or rather invent—the American theater.” –Sarah Churchwell, The Guardian

“The Iceman Cometh ranks among the theater’s finest works. One final salute to a notable drama by a man who writes with the heart and wonder of a poet.” –Brooks Atkinson, The New York Times