Danielle Brooks at the Recording Studio | THE COLOR PURPLE on Broadway 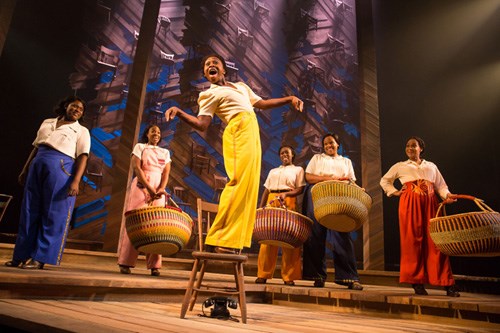 The Color Purple is “a miracle on Broadway” raves The New York Times! The American classic has blazed onto Broadway in an acclaimed new production that New York Magazine hails as "one of the greatest revivals ever” starring the “astounding” (Associated Press) Oscar, Golden Globe and Grammy winner Jennifer Hudson, the “incandescent new star” (The New York Times) Cynthia Erivo and Orange is the New Black’s Danielle Brooks (“a powerhouse” according to Newsday). Don’t miss the stars… the story… the sheer beauty of The Color Purple. This joyful musical, directed by Tony winner John Doyle, is “a glory to behold” (The New York Times).