Katrina Lenk and Patti LuPone to Star in COMPANY on Broadway 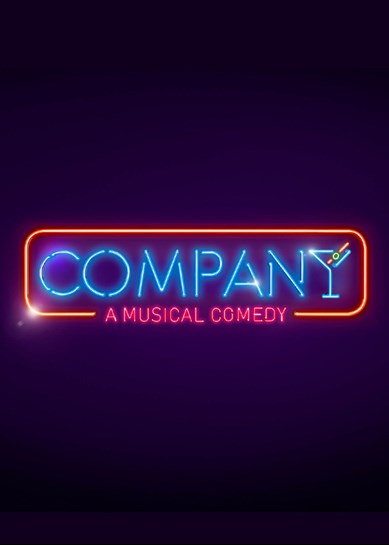 The quintessential musical comedy about the search for love and cocktails in the Big Apple is turned on its head in Elliott’s revelatory staging, in which musical theater’s most iconic bachelor becomes a bachelorette. At Bobbie’s (Lenk) 35th birthday party, all her friends are wondering why isn’t she married? Why can’t she find the right man?  And, why can’t she settle down and have a family?  This whip smart musical, given a game-changing makeover for a modern-day Manhattan, features some of Sondheim’s best loved songs, including “Company,” “You Could Drive a Person Crazy,” “The Ladies Who Lunch,” “Side by Side,” and the iconic “Being Alive.”

Company is produced on Broadway by Elliott & Harper Productions and The Shubert Organization, with Catherine Schreiber. Tim Levy serves as Executive Producer.

Additional information, including complete casting, will be announced shortly.

“The leading character of Stephen Sondheim and George Furth’s Company has been born again in this gloriously transformative revival. Marianne Elliott’s enthralling production is a godsend.”

“A sublime cocktail of entertainment you’d be mad to miss.”

“Marianne Elliott’s production is surprising, sexy, and clever. It pops with vitality and dazzles with its wit. In short, it’s glorious.”

“Patti LuPone astounds! A bona fide star lured out of musical-theatre retirement for the role of the jaded Joanne.”

Dominic Maxwell, The Times of London

“Patti LuPone’s Joanne is both acerbic and vulnerable, the subtleties delivered with seeming ease and demonstrating why she is one of Broadway’s best. Her “Ladies Who Lunch” brings down the house and is worth the ticket price alone.”

“Entertaining as hell. The production deserves to go down as a game-changer.”

“Pure musical theatre pleasure. I can’t remember ever laughing more at a musical.”

Alice Jones, The i

“A flawless production brimmed with ideas and intelligence. There are really no limits to the pleasures of Company.”

George Furth (Book) was born George Schweinfurth on December 14, 1932 in Chicago, Illinois. He graduated from Northwestern University's School of Speech in 1954 and received a master’s in Fine Arts from Columbia University in 1956. After appearing in more than 85 films and countless television shows as a character actor, (best remembered for his role as Woodcock in Butch Cassidy and The Sundance Kid in 1969), he went on to write the book for Company with Stephen Sondheim, for which he won a Tony and Drama Desk Award and again, with Sondheim writing the lyrics and music, Merrily We Roll Along, the 1981 musical based on the George S. Kaufman-Moss Hart play. They also co-wrote the 1996 mystery Getting Away With Murder. Furth wrote the book for the 1971 play Twigs, the 1977 musical The Act, the 1981 comedy The Supporting Cast, and in 1986 Precious Sons, (which was nominated for a Drama Desk Award for Outstanding New Play). He also won the Outer Critics Circle, London's Olivier Award and Evening Standard Award, Chicago's Jefferson, the Andy, and Drama League Awards. He was a member of the Actors Studio and the Dramatists Guild. Furth passed away on August 11, 2008 in Santa Monica, California at the age of 75.

Marianne Elliott (Director) is Artistic Director of Elliott & Harper Productions, a company she founded in 2016 with producers Chris Harper and Nick Sidi. Elliott’s productions for Elliott & Harper include Company at the Gielgud Theatre (winner of Olivier Award for Best Revival of a Musical, Evening Standard Award for Best Director and Critics Circle Award for Best Musical); Death of a Salesman (co-directed with Miranda Cromwell) at the Young Vic, transferring to The Piccadilly Theatre in the West End in Autumn 2019 and Heisenberg: The Uncertainty Principle at Wyndham’s Theatre.

Prior to forming Elliott & Harper, Elliott was an Associate Director at the National Theatre for ten years where she directed Angels in America at both the NT and on Broadway (Olivier and Tony Award for Best Revival of a Play); the NT, West End, and Broadway productions of The Curious Incident of the Dog in the Night-Time (Olivier and Tony Awards for Best Director), and the co-director of War Horse at the NT, West End, and on Broadway (Tony Award for Best Direction of a Play), Other productions at the NT include The Light Princess, Women Beware Women, Saint Joan (Olivier Award for Best Revival, South Bank Show Award) and Pillars of the Community (Evening Standard Best Director Award). Elliott was an Associate Director at the Royal Court, where her productions included Stoning Mary, Notes on Falling Leaves and The Sugar Syndrome. Prior to that, Marianne was Artistic Director of the Royal Exchange where she directed Port, Design for Living, Les Blancs, As You Like It, A Woman of No Importance, Deep Blue Sea and I Have Been Here Before. Additional productions directed by Elliott includes Sweet Bird of Youth at the Old Vic; Much Ado About Nothing for the RSC; and The Little Foxes at the Donmar Warehouse. https://elliottandharper.com/

Katrina Lenk (Bobbie) is a triple threat artist who segues seamlessly between stage and screen. She most recently starred as Dina in Broadway’s Tony Award-winning production of The Band’s Visit and earned a Tony Award, Grammy Award, Emmy Award, Lucille Lortel Award, Outer Critics Circle Award nomination, Chita Rivera Award nomination, Drama League Award nomination, Theatre World Award’s Dorothy Louden Award, and a Clarence Derwent Award for Breakout Female of the Year. Lenk starred on Broadway in Pulitzer Prize winner Paula Vogel’s Indecent (Outer Critics Circle Award nomination). Her other Broadway credits include Once, Spider-Man: Turn Off the Dark, and The Miracle Worker. Additional theater credits include iWitness (Mark Taper Forum), Lost Land (Steppenwolf), Caucasian Chalk Circle (South Coast Rep), and Lovelace: A Rock Opera (L.A./Edinburgh). To television audiences, Lenk is known for her pivotal roles on hit series including a recent major series arc on the “The Village,” “The Good Fight,” “The Marvelous Mrs. Maisel,” “Elementary,” “The Get Down,” “The Blacklist,” “According to Jim,” and “Will & Grace.” On the big screen, she appeared in Look Away, Evol: The Theory of Love, Elan Vital, Crime Fiction, Kiss Me in the Dark, and Space Daze. Lenk is the ringleader of the band/performance art piece called Moxy Phinx. @TheKatrinaLenk

Patti LuPone (Joanne) won the Olivier and WhatsOnStage Awards for her performance as Joanne in the West End production of Company. A two-time Tony Award winner for her performances in Evita and the most recent Broadway production of Gypsy, her New York stage credits include War Paint (Tony, Drama Desk, Outer Critics Circle Award nominations); Shows for Days; The Seven Deadly Sins (New York City Ballet); Company (New York Philharmonic); Woman on the Verge of a Nervous Breakdown (Tony, Drama Desk, OCC Award nominations); Sweeney Todd (Tony, Drama Desk, OCC nominations); Noises Off; The Old Neighborhood; Master Class; Anything Goes (Tony nomination, Drama Desk Award); Oliver!; Accidental Death of An Anarchist; The Water Engine; and The Robber Bridegroom (Tony and Drama Desk nominations). In addition to Company, her London stage credits include Master Class; Sunset Boulevard (Olivier Award nomination); The Cradle Will Rock, and Les Miserables, for which she won the Olivier Award, the first American artist to do so, for her performances in both musicals. Opera: The Ghosts of Versailles (Los Angeles Opera), To Hell and Back (San Francisco Philharmonia Baroque Orchestra), The Rise and Fall of the City of Mahagonny (Los Angeles Opera debut), Regina (Kennedy Center). Film credits include: The Comedian, Parker, Union Square, Summer of Sam, Driving Miss Daisy, and Witness. LuPone’s television credits include “Pose,” “Mom,” “The Simpsons,” “Vampirina,” “Crazy Ex-Girlfriend,” “Penny Dreadful” (Critics Choice Award nomination), “Girls,” “American Horror Story: Coven,” “30 Rock,”  “Glee,” “Frasier” (Emmy Award nomination), and three years as Libby Thatcher on the ABC series “Life Goes On.” She is a founding member of both the Drama Division of The Juilliard School and John Houseman’s The Acting Company and the author of the New York Times best-seller Patti LuPone: A Memoir.

The Shubert Organization (Producer). Under the leadership of Philip J. Smith, Chairman, and Robert E. Wankel, President, The Shubert Organization currently owns and operates seventeen Broadway theatres and six off-Broadway venues. In the course of its 100-year history Shubert has produced hundreds of plays and musicals, including The Life and Adventures of Nicholas Nickleby, Cats, Sunday in the Park with George, Dreamgirls, The Heidi Chronicles, Jerome Robbins' Broadway, Amadeus, Children of a Lesser God, The Grapes of Wrath, Ain’t Misbehavin’, Hedwig and the Angry Inch, Lucky Guy, Lettice and Lovage, God of Carnage, Spamalot, The Elephant Man, The Audience, The Curious Incident of the Dog in the Night-Time, School of Rock – The Musical, The Band’s Visit, Come From Away, and Dear Evan Hansen. With Neil Meron, The Shubert Organization is currently developing the musical Some Like It Hot for Broadway.

Catherine Schreiber (Producer) is a two-time Tony and Olivier Award-winning producer. She was honored to receive the 2017 Broadway Global Producer of the Year Award. Broadway: Lead Producer of the upcoming Old Vic’s A Christmas Carol. London: Lead producer of The Lion, The Witch, and The Wardrobe (Bridge Theatre). Off-Broadway: The Play That Goes Wrong (Lead Producer). Recent Broadway: Network, Pretty Woman, Play That Goes Wrong (Lead Producer). Other recent U.K.: Company, Heisenberg, The Life (Offie Winner), Gabriel, and Persuasion. Schreiber is most proud of bringing The Scottsboro Boys to London (London Critics’ Circle Award, Evening Standard Award, seven Olivier Award nominations). Her two Tony Awards are for Clybourne Park and Angels in America and her 2019 Olivier Award for Company. She has received another four Tony nominations for Fiddler on the Roof, The Scottsboro Boys, Next Fall, Peter and the Starcatcher, and four additional Olivier Award nominations for Dreamgirls; Show Boat; The Scottsboro Boys; and People, Places, and Things. Executive Producer of the documentary Made in Kent. Touring: The Play That Goes Wrong, Fiddler on the Roof. Upcoming:  The King’s Speech, (Chicago Shakespeare Festival) and The Scottsboro Boys (Alabama).