Chazz Palminteri Joins the Cast of A BRONX TALE on Broadway 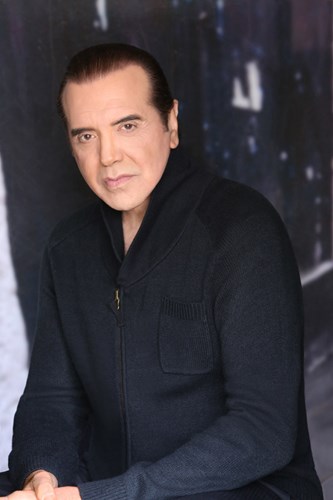 Joins the Cast of

In the Role of Sonny

First Time an Actor has Played the Same Part
in a Play, Film and Stage Musical

Palminteri will perform on Tuesdays at 7pm, Wednesdays at 2pm and 7pm, Thursdays at 7pm and Fridays at 8pm.

Tony Award nominee Nick Cordero (Waitress, Bullets Over Broadway), who will play the role of Sonny on Saturday and Sunday performances, said "I’m thrilled to be sharing the role of Sonny with Chazz, who created this remarkable character. And I am grateful to the team at A Bronx Tale for the flexibility in allowing me to shoot a film over these next months and still remain with my family at A Bronx Tale on the weekends.”

Chazz Palminteri (Sonny) wrote and performed his one-man show A Bronx Tale for the first time in 1989 before moving it off-Broadway. Mr. Palminteri went on to write the screenplay and co-star in the screen adaptation of A Bronx Tale alongside Robert De Niro. Mr. Palminteri has more than 55 movies to his credit as an actor, writer, and director, including The Usual Suspects, Bullets Over Broadway (Academy Award nomination), Analyze This, Hurlyburly, Mullholland Falls, Faithful (also written by Mr. Palminteri), A Guide to Recognizing Your Saints, Yonkers Joe, Jolene and most recently Legend starring Tom Hardy. Mr. Palminteri has had a recurring role on the hit show “Modern Family” and has starred in “Blue Bloods.” Mr. Palminteri directed the HBO series “Oz,” Showtime’s “Women vs Men,” and the feature film Noel.

A Bronx Tale’s Original Broadway Cast Album is now available on Ghostlight Records in digital formats, with CDs in stores and online.

The show is produced by Tommy Mottola, the Dodgers, Tribeca Productions and Evamere Entertainment.

A Bronx Tale premiered at the Tony Award-winning Paper Mill Playhouse to critical and popular acclaim February 4, 2016, through March 6, 2016.

Based on the critically acclaimed play that inspired the now classic film, this streetwise musical will take you to the stoops of the Bronx in the 1960s—where a young man is caught between the father he loves and the mob boss he’d love to be. Featuring an original doo-wop score, this is a tale about respect, loyalty, love and above all else: family.