Leona Lewis Plays 'Grizabella' in the Revival of 'Cats' 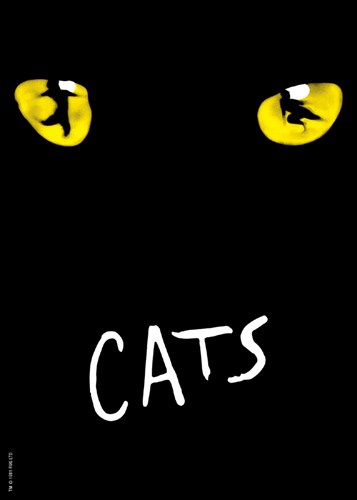 New York, NY– Producers The Shubert Organization and The Nederlander Organization announced today that chart-topping British pop star Leona Lewis will play the role of “Grizabella,” the Glamour Cat, in the first-ever Broadway revival of Andrew Lloyd Webber’s record-breaking musical, CATS. One of the biggest hits in theatrical history, CATS will return to Broadway this summer at the Neil Simon Theatre (250 W 52nd Street) with preview performances beginning Thursday, July 14, 2016, and an official opening set for Sunday, July 31, 2016.

"Leona has one of the greatest voices of her generation,” said Andrew Lloyd Webber. “We are all hugely excited about working with her.”

“It is an incredible honor to be asked by Lord Andrew Lloyd Webber to join the CATS family,” said Lewis. “I will never forget seeing the show as a little girl and how blown away I was by the magical experience of it. I am beyond thrilled for my Broadway debut to be in such an iconic show. To work with a team as legendary as those on CATS is an experience I will cherish every moment of. I cannot wait to see the audiences out in NYC!”

British Singing Sensation, Leona Lewis has sold over 20 million records worldwide, reached #1 in over 35 countries, and is a 3-time GRAMMY nominee, a 7-time BRIT Award nominee also has also been nominated for MTV VMAs, EMAs, Billboard and most recently in 2016 a CMT award for her performance of ‘Girl Crush’ with Adam Lambert. Leona became the first British female solo artist to top the US Billboard 200album chart in more than 20 years. Leona is a vocal powerhouse who is renowned for her massive four octave mezzo-soprano vocal range and power.

Composed by Andrew Lloyd Webber and based on T.S. Eliot’s “Old Possum’s Book of Practical Cats,” the original Broadway production opened in 1982 at Broadway’s Winter Garden Theatre (currently home to Lloyd Webber’s newest hit, School of Rock – The Musical), where it ran for 7,485 performances and 18 years. CATS was originally produced on Broadway by Cameron Mackintosh, The Really Useful Company Limited, David Geffen, and The Shubert Organization.

When CATS opens, Andrew Lloyd Webber will, once again, have the rare distinction of having three musicals running simultaneously on Broadway: The Phantom of the Opera, School of Rock – The Musical, and CATS.

Since its world premiere, CATS has been presented in over 30 countries, has been translated into 15 languages, and has been seen by more than 73 million people worldwide. Originally directed by Trevor Nunn with choreography and associate direction by Gillian Lynne,scenic and costume design by John Napier, lighting design by David Hersey, and sound design by Abe Jacob, CATS opened in the West End in 1981. The musical debuted on Broadway in 1982 where it won seven Tony Awards, including Best Musical. Both the original London and Broadway cast recordings won Grammy Awards for Best Cast Album. CATS hit song “Memory” has been recorded by over 150 artists from Barbra Streisand and Johnny Mathis to Liberace and Barry Manilow. The Tony Award-winning Best Musical held the title of longest-running musical in Broadway history until it was surpassed in 2006 by Lloyd Webber’s The Phantom of the Opera. The original Broadway production closed on September 10, 2000 and is currently the fourth longest-running show in Broadway history. This marks the first New York revival of the beloved musical.