Cate Blanchett and Richard Roxburgh, in Love and Battle 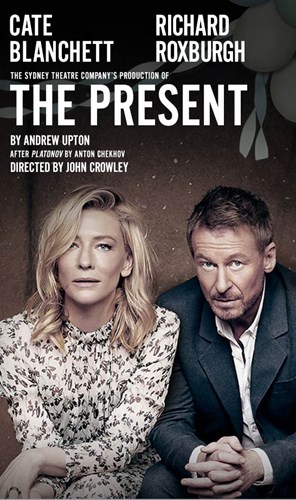 Cate Blanchett and Richard Roxburgh, in Love and Battle

The Australian actors team up yet again onstage, this time in "The Present." It can't possibly end well, can it?

When Cate Blanchett and Richard Roxburgh fall for each other, it rarely ends well. Dynasties crumple. Lives smash. Murder can follow. Or suicide. Sometimes both.

But these Australian actors, who have performed opposite each other for more than 20 years, seemed in rude health at a recent weekday brunch. On a break from rehearsals for “The Present,” an adaptation of an early Anton Chekhov play now in previews at the Barrymore Theatre, they nestled in a corner booth at the Russian Samovar and listened to a waiter describe infused vodkas. “You cannot leave this place without trying many,” the waiter demanded.

“We have to do this,” Mr. Roxburgh said.

“We have to try this,” Ms. Blanchett concurred.

“Out of respect for Chekhov,” Mr. Roxburgh said.