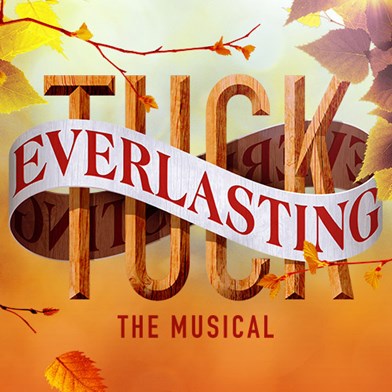 TUCK EVERLASTING, the new musical based on Natalie Babbitt’s beloved best-selling novel of the same name, is proud to announce principal casting for the Broadway production.

TUCK EVERLASTING, is brought to life in a sweeping production which features a book by Tony Award® nominee Claudia Shear (Dirty Blonde), music by Chris Miller (The Burnt Part Boys), lyrics by Nathan Tysen (The Burnt Part Boys), and direction and choreography by Tony Award® winner Casey Nicholaw (Something Rotten!, Aladdin, The Book of Mormon). TUCK EVERLASTING, which debuted earlier this year in a record-breaking engagement at Atlanta’s Alliance Theatre, will now begin previews on Broadway on Thursday, March 31, 2016, with a new opening night date set for Tuesday, April 26, 2016 at Broadway’s Broadhurst Theatre (235 West 44th Street).

If you could live forever, would you? When Winnie Foster discovers the magical secret of the Tuck family, she embarks on an extraordinary adventure that will change her life forever. Take a journey you’ll never forget in this powerful new musical about love, family and living life to the fullest.

Natalie Babbitt’s best-selling and award-winning novel, Tuck Everlasting, was first published in 1975, and has remained in print ever since. Considered a modern classic, the beloved novel has been translated into 27 languages and has sold over four million copies in the United States since it was first published 40 years ago. Tuck Everlasting was named an American Library Association's Notable Book, and the winner of the Christopher Award, which honors media that “affirm the highest values of the human spirit.”

Additional casting and ticketing info for TUCK EVERLASTING will be announced at a later date.