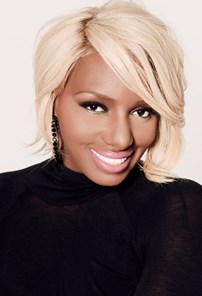 Broadway’s Tony Award-winning, record-breaking hit musical Chicago will welcome actress and TV sensation NeNe Leakes (Bravo’s “The Real Housewives of Atlanta”) returning to Broadway for 4 weeks only in the role of Matron “Mama” Morton beginning November 23, 2015.She will perform through December 20, 2015 at the Ambassador Theatre (219 W. 49th St., NYC).

NeNe Leakes shot to stardom as a fan favorite on Bravo’s highly-rated reality show, “The Real Housewives of Atlanta.” She returns to Broadway after making her stage debut last year in the role of Cinderella’s wicked stepmother ‘Madame’ in Rodgers + Hammerstein’s Cinderella. Leakes made her acting debut in the recurring role of Coach Roz Washington, on Fox's hit comedy “Glee”, appearing over four seasons.  She has guest-starred on BET’s comedies, “Real Husbands of Hollywood,” “The Game” and “Let's Stay Together” and appeared as a series regular on Ryan Murphy’s comedy series “The New Normal” for NBC. She also appeared on the Emmy nominated “Dancing with the Stars” for ABC. Due to Leakes’ versatility as a reality star, talk show host an actress, at one point, Leakes appeared on four different TV shows at the same time, showcasing her skills as a well-rounded talent. She also made headlines when she performed with the cast of Cirque du Soleil’s Zumanity in Las Vegas. She was the first celebrity cast member in the thirty year history of the Cirque franchise's history. In addition to her acting credits, NeNe Leakes is also a published author and has appeared as a guest host for several talk shows that include E!’s “Live from the Red Carpet” coverage of the 61st Annual Primetime Emmy Awards, “Live with Kelly and Michael,” “The View” and “The Real.”