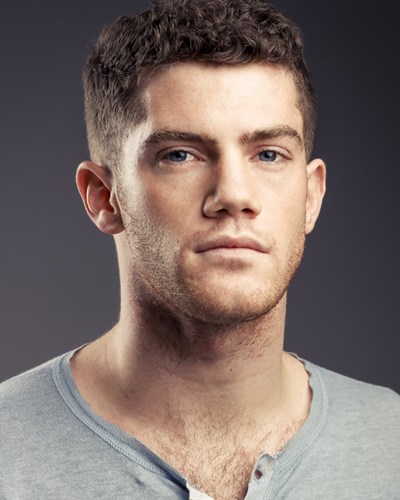 IN CAMERON MACKINTOSH’S NEW PRODUCTION OF

AT THE BROADWAY THEATRE

Alistair Brammer was selected by the MISS SAIGON creative team to star in the musical’s highly-anticipated new production in London in 2014 for which he received critical praise. The Daily Telegraph called his performance “powerful” and Heat Magazine said “Alistair Brammer is perfection.”  Brammer’s searing performance as ‘Chris’ can also be seen in the film MISS SAIGON The 25th Anniversary Performance, recently presented at sold-out screenings throughout North America and which has just recorded the biggest ever debut for an event cinema release in the UK.  Brammer starred in the West End as Marius in Les Misérables, and in the film version of the musical as Jean Prouvaire.  Other theater credits include Billy in War Horse (West End), Enjolras in Les Misérables (Dubai, November 2016), Follies (Royal Albert Hall), Billy in Taboo (Brixton Club House), Hair (European Tour), Joseph and The Amazing Technicolor Dreamcoat (UK Tour) and The Les Miserables 25th Anniversary Concert at the O2. TELEVISION: Vicious (ITV), Jack Diamond in Casualty (BBC) and Episodes(BBC).

The new production of MISS SAIGON opened in London in May 2014 to record-breaking advance sales and critical acclaim. Dominic Cavendish in The Daily Telegraph wrote, “This thrilling new production spills out beyond the theater and speaks directly to the times we live in – magnificent performances.”  Dominic Maxwell in The Times called the production “thrilling, soaring and spectacular.” The reviews for its stars were also raves.  David Benedict in Variety wrote, “In an astonishing stage debut, Eva Noblezada gives a thrilling performance as Kim, with poise, power and a superb voice.”  And Dominic Maxwell in The Times said Jon Jon Briones plays the Engineer with “brilliant, avaricious charm.”

MISS SAIGON swept the board at the 2015 Whatsonstage.com awards winning a record breaking nine awards, the most awards ever won by a single show in the 15-year history of the awards including: Best West End Show; Best Revival of a Musical; Best Leading Actress in a Musical (Eva Noblezada) and Best Leading Actor in a Musical (Jon Jon Briones).

MISS SAIGON has music by Claude-Michel Schönberg with lyrics by Richard Maltby Jr. and Alain Boublil, adapted from original French lyrics by Alain Boublil, with additional lyrics by Michael Mahler. The new production is directed by Laurence Connor with musical staging by Bob Avian and additional choreography by Geoffrey Garratt.  Production design is by Totie Driver and Matt Kinley based on an original concept by Adrian Vaux; costume design by Andreane Neofitou; lighting design by Bruno Poet; sound design by Mick Potter; and orchestrations by William David Brohn.

Since its London premiere in 1989, Cameron Mackintosh’s production of Alain Boublil and Claude-Michel Schönberg’s epic musical MISS SAIGON has become one of the most successful musicals in history.  The original Broadway production of MISS SAIGON opened on April 11, 1991 with what was the largest advance sale in Broadway history ($37 million).  The show went on to play for nearly ten years and 4,063 performances seen by more than 5.9 million people.   MISS SAIGON has been performed in 28 countries, over 300 cities in 15 different languages, has won over 40 awards including 2 Olivier Awards, 3 Tony Awards, and 4 Drama Desk Awards and been seen by over 35 million people worldwide.  It has just opened yet again for another record breaking season in Tokyo at the Imperial Theatre.