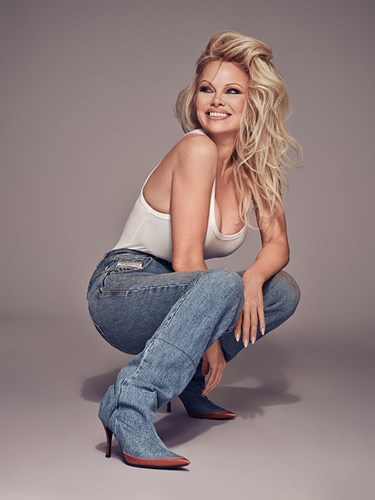 IN THE ROLE OF “ROXIE HART”

FOR EIGHT WEEKS ONLY

The Broadway company of the Tony Award-winning, record-breaking hit musical Chicago will welcome actress and activist Pamela Anderson making her Broadway debut in the role of Roxie Hart beginning Tuesday, April 12, 2022. She will play an 8-week limited engagement at the Ambassador Theatre (219 W. 49th St., NYC) through Sunday, June 5, 2022.

"I have always been a huge fan of Bob Fosse's & Gwen Verdon’s work. Ann Reinking, too,” said Pamela Anderson. “Playing Roxie Hart is a dream fulfilled. Performing Fosse, you don’t have time to get in your head. You can’t dance, sing and think at the same time. There is a freedom, a unique joy in knowing it’s all about the work. Playing Roxie Hart is a sweet escape for me."

Pamela Anderson’s body of work spans both entertainment and activism.

An international icon who uses her voluptuous platform to help raise awareness, Pamela proclaimed the Playboy Mansion as her university — growing up amongst artists, intellectuals and philanthropists living a free-thinking lifestyle. This ignited her. Hugh Hefner — who has called Pamela “The DNA of Playboy” — put her on the magazine’s cover a record 14 times in the United States, while appearing on Playboy’s international covers over 100 times worldwide.

Pamela’s first television role was playing Lisa, the Tool Time Girl on ABC’s hit sitcom “Home Improvement.” She then became a global icon, starring as CJ, in “Baywatch,” one of the world’s most successful television series of all time. Pamela then went on to produce her own television series, “V.I.P.,” starring as Val.

Pamela’s only starring movie role was Barb in the cult hit Barb Wire.

Driven by her passion for art, love and activism, Pamela’s courage, compassion and empathy — combined with her worldwide popularity — has made her a powerful voice for the planet. As a board member and Honorary Director of PETA, Pamela has played an integral role in some of the organization’s most successful and recognizable campaigns.

Founded in 2014, The Pamela Anderson Foundation (www.pamelaandersonfoundation.org) boldly supports organizations and individuals that stand on the front lines, risking their lives to protect and preserve human, animal and environmental rights.

For many years, Pamela has funded and steadfastly advocated for The National Domestic Violence Hotline, which provides essential tools and support to help survivors of domestic violence so they can live their lives free of abuse.

Pamela has been a distinguished speaker at both Oxford and Cambridge on the subjects of activism, veganism and romantic love.

Of late, Pamela spends most of her days in Canada, dedicating her resources full-time to restoring her family property and gardens.

On her native Vancouver Island, Pamela supports a number of causes close to her heart, including RASTA, a local farm and animal sanctuary. There, she has donated her time and resources to build a 5,000 square-foot barn for injured animals.

Since returning to Canada, Pamela has joined the board of The KL Foundation, which is dedicated to helping First Nations’ most vulnerable children and empowering families in need.

Pamela has also contributed to the production of several award-winning documentary films, including The Game Changers and Naomi Klein’s This Changes Everything.

Above all else, being a mother to sons Brandon Thomas Lee (an actor, 25 years old) and Dylan Jagger Lee (a musician, 24 years old) has been Pamela’s priority and greatest source of pride.

With a legendary book by Fred Ebb and Bob Fosse, music by John Kander and lyrics by Fred Ebb, Chicago is now the #1 longest-running American musical in Broadway history. It recently celebrated its 25th anniversary on Broadway.