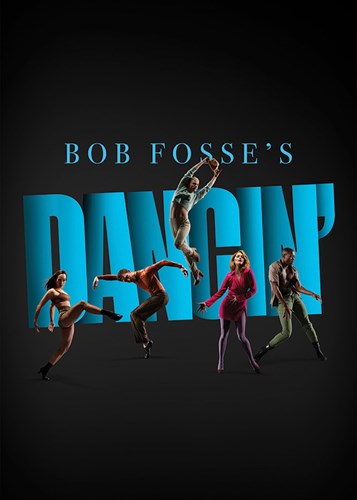 RETURNS TO BROADWAY FOR THE FIRST TIME

SINCE ITS SMASH-HIT 1978 PREMIERE

The production will be directed by Tony Award winner Wayne Cilento, one of the stars of the original Broadway production, and produced in cooperation with Nicole Fosse.

DANCIN’ is Fosse’s full-throated, full-bodied celebration of dancers and dancing. Utterly reimagined for the 21st century, this DANCIN’ brims with a level of warmth, emotion, and color seldom seen in modern interpretations of Fosse’s influential style and features some of his most inventive and rarely performed choreography. With New York’s hottest cast performing 120 minutes of wall-to-wall dance, DANCIN’ delivers the quintessential Broadway experience for Fosse fans and first-timers alike. You think you’ve seen dancing, but you’ve never seen DANCIN’ like this.

“Bob achieved immortality through his work, and I consider it both the responsibility and honor of my life to steward his legacy for a new generation” said Wayne Cilento, “none of Bob’s shows exemplified the fullness of his spirit quite like DANCIN’ and bringing it back in this fresh way is how I hope to keep that spirit alive.”

Nicole Fosse added: “My father was always ahead of the times with his fingers on the pulse of current culture. I am very proud of this team that will honor his legacy.”

Bob Fosse’s DANCIN’ originally opened on Broadway at the Broadhurst Theatre on March 27, 1978 and later transferred to the Ambassador Theatre. The production ran for 1,774 performances. DANCIN’ was nominated for seven Tony Awards, including Best Musical, and brought Fosse his seventh Tony Award for Best Choreography.

Dylis Croman (Hometown: Dallas, TX) started her professional career at the age of seventeen in New York City dancing with The Feld Ballet/NY. She most recently played the role of Roxie Hart in the Broadway musical Chicago. Other Broadway/National tour credits include: A Chorus Line (Stand by Cassie/Sheila), Movin' Out (Brenda), Sweet Charity (Rosie), Oklahoma, Thou Shalt Not (u/s Therese Raquin), Fosse (trumpet solo). Her TV credits include "Guiding Light" as Andrew Daniels, “Great Performances: Dance in America” on PBS, as well as several national commercials.

Kolton Krouse (Hometown: Gilbert, Arizona), began their training at the age of 9 at Tempe Dance Academy. While attending their 2nd Year at The Juilliard School, they were simultaneously performing in the Broadway Revival of CATS the Musical every night as Tumblebrutus. Most recently seen in the Broadway Bound, Bob Fosse’s DANCIN’, Kolton was also in the film Adaptation of CATS the Musical, Freddie Falls In Love as Madame K, Fosse/Verdon as the Kit Kat Dancer, “Westworld”, “Last Week Tonight with John Oliver”, and ‘The Late Late Show with James Corden”. An alumni of Juilliard, Kolton was named Dance Magazines Top 25 to Watch in 2018 and is the only person to win all 4 National Titles at New York City Dance Alliance.

Khori Michelle Petinaud (Hometown: Centreville, VA), is a NYC based performer and educator. She studied at the Russell’s School of Ballet, Dance Theater of Harlem, North Carolina School of the Arts, The Ailey School and received her BFA in dance from NYU. She has danced with choreographers such as Sean Curran, Nathan Trice, Aszure Barton, Cherice Barton, and Benoit Swan. She made her Broadway debut in Aladdin the Musical (OBC), continued on to Moulin Rouge the Musical (OBC) and is so excited to join the principal company of Bob Fosse’s DANCIN’. Some other credits include The Color Purple (Nat. Tour), In the Heights (Kennedy Center), King Kong, American Dance Machine, Freddie Falls in Love (Signature Theater) and Roman Holiday (San Francisco). Tv credits include: “Rent: Live” (FOX) , “The Marvelous Mrs. Maisel” (Amazon), “Vinyl” (HBO), “The Knick” (Cinemax), and “Z:The Beginning of Everything” (Amazon).

Ida Saki (Hometown: Dallas, TX). Saki trained at Dance Industry Performing Arts Center and Booker T. Washington High School for the Performing & Visual Arts. She furthered her studies at NYU’s Tisch School of the Arts and soon after, became a closing member of Cedar Lake Contemporary Ballet after dancing with them from 2011-2015. She has performed in the Off-Broadway shows, The Lucky Ones, Sonya Tayeh’s You’ll Still Call Me By Name, Andy Blankenbueler‘s Only Gold, played Lady Macbeth and was a Rehearsal Director for the immersive show, Sleep No More. She was named one of Dance Magazine’s Top 25 to Watch and awarded Modern Dance Winner by NFAA YoungArts where she was also named a Presidential Scholar of the Arts. Saki is the Assistant Choreographer and played Electra in the film, “CATS”, and is a featured dancer in the film, “In The Heights” and Netflix’s “Halston”, as well as the Associate Choreographer on the Amazon film, “Birds of Paradise”. She is a lead dancer in Coldplay’s Cry, Cry, Cry music video and is the Associate Choreographer of “ZIWE” on Showtime. Saki is a co-founder of Dancer’s Give Back Dallas, a non-profit raising funds for cancer research and patient support.

Neka Zang (Hometown: Scottsdale, AZ). Fresh from her run in in the Hollywood sit down production of Rock Of Ages, Neka is originally from Scottsdale Arizona. She was last seen as an OBC member of the brand-new musical, American Psycho. Other Broadway and Miscellaneous credits include Rock of Ages, Wicked, Mary Poppins, Dam Sharks (SYFY), Tom & the Dom, commercials for Spanx, Massage Envy, AOL Time Warner, and dancing for Leona Lewis, Nelly Furtado, and Timbaland. She can also be seen in the feature film “A Winters Tale” staring Colin Farrell and you can currently catch her on the Discovery & Animal Channel hosting several environmental projects.