BE MORE CHILL to Open on Broadway in 2019 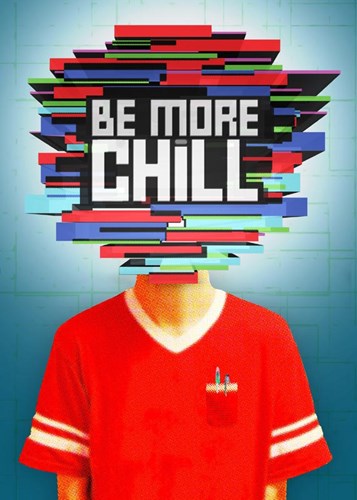 BE MORE CHILL to Open on Broadway in 2019

At the Lyceum Theatre

Be More Chill will open on Broadway in 2019. After concluding its sold-out 10-week off-Broadway engagement on September 30, Be More Chill will begin performances at Broadway's Lyceum Theatre (149 West 45th Street) on Wednesday, February 13 at 8PM. The official opening night is Sunday evening, March 10.

"It's impossible to remain chill as we announce our Broadway opening later this season," says Be More Chill's Tony-nominated lead producer Gerald Goehring. "With audiences traveling from around the country and around the world, we could not have been more thrilled with the outpouring of love we received during our New York premiere engagement off-Broadway. Joe Iconis and Joe Tracz have created a beautiful and universal musical that has inspired audiences throughout the summer and now the entire company cannot wait to bring the production to an even greater audience at The Lyceum in the new year."

"Of course, a new musical is never done and a new production means another chance to upgrade," say composer/lyricist Joe Iconis and book writer Joe Tracz. "Fans can expect that the show (like the Squip's ever-changing wardrobe) will continue to evolve. This journey began at Two River Theatre in 2015 and we're not done yet. So grab your Mountain Dew and your Player Two and come join us on Broadway. Everything about it is going to be wonderful."

"There's no feeling like watching audiences watch Be More Chill," adds Joe Tracz. "Whether they come wearing a homemade Michael hoodie or knowing nothing but the title, whether they've discovered it via our cast album, Ned Vizzini's brilliant novel, or word of mouth, I've been humbled to see the show bring so many people together to share in something deeply cathartic and cathartically joyful. Joe Iconis and I made this show for anyone who's ever been a teenager, and it's always been our dream to bring it to the widest audience possible. We're thrilled that now means Broadway, and I personally can't wait to watch many more audiences connect to Be More Chill."

"The fact that I get to make my Broadway debut as a writer surrounded by so many long-time collaborators and beloved friends both on stage and behind the scenes is a literal dream come true," says Joe Iconis. "Be More Chill has surprised me and Joe Tracz every step of the way and we can't believe that our celebration of misfits, losers, and underdogs gets to take up residence on 45th Street."

A hit with audiences and critics alike, The New York Times writes "Be More Chill is one of the most popular musicals in America." The Wall Street Journal raves "you don't have to be a millennial to revel in the spunky charms of Be More Chill. See it now if you can wrangle a ticket, because it's going to hit big - deservedly so." The New Yorker says "if you fed Dear Evan Hansen and Mean Girls to the Little Shop of Horrors plant, with a few Xbox games as a digestif, Be More Chill is probably what you would get. ...Dynamic, jouncy, and as infectious as malware." The Hollywood Reporter says "uproarious laughter ...enjoyable, catchy, up-tempo numbers, so winning that it's hard to resist," and Vox calls Be More Chill "a sensation. ... wildly adored  ...universal. ... The audience was screaming at every song." Variety writes "It's one thing to be told that Be More Chill is a viral hit on the internet. It's quite another to experience the hype live and in the room, where the audience explodes like it's at a rock concert. ...People have come from all around the country, if not all around the world to see it."

Before arriving in New York, Be More Chill had already amassed an unprecedented following across various online platforms, with millions of fans from Brazil to Japan to New Jersey sharing fan art, streaming the album (over 170 million streams to date), and talking about the show. In 2017, Tumblr ranked Be More Chill as the #2 most talked-about musical on their platform, following Hamilton.

Following up on the success of The 2015 Two River Theater cast recording, available from Ghostlight Records, the special edition Be More Chill original cast recording on vinyl is now available. The 2-disc package features new illustrative designs, green and red colored discs, and a 16-page, 12 x 12 booklet with lyrics, production photos and a new liner note from Joe Iconis.

Performance rights for Be More Chill are licensed by R&H Theatricals.