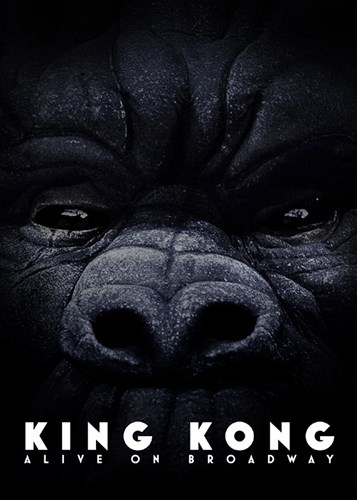 The award-winning new musical King Kong will play its final Broadway performance on August 18, 2019 following 324 performances and 29 previews at the Broadway Theatre.

Produced by Carmen Pavlovic (Global Creatures) and Roy Furman, King Kong began performances on October 5, 2018, officially opening on November 8, 2018, and went on to become the most-attended new musical of the 2018-2019 Broadway Season.

It was recently announced that King Kong will open in Shanghai in 2021. A North American tour, as well as productions in Japan and Spain, are in development.

During the Broadway run, King Kong maintained its iconic status as a cultural phenomenon with memorable television appearances on “The Late Show with Stephen Colbert,” “The Late, Late Show with James Corden,” “LIVE! With Kelly and Ryan,” ABC’s “Nightline,” “CBS This Morning,” CBS’ “Thanksgiving Day Parade” and the 2019 “Tony Awards.”

The King Kong cast is led by Christiani Pitts as Ann Darrow, Eric William Morris as Carl Denham, and Erik Lochtefeld as Lumpy.

King Kong features a book by Jack Thorne with a score by Marius de Vries and songs by Eddie Perfect. King Kong is directed and choreographed by Drew McOnie.

Based on the 1932 novel, the stage production of King Kong is a contemporary take on the classic tale of beauty and the beast. The story follows a young actress, Ann Darrow, and a maverick filmmaker, Carl Denham, as they voyage from the bustling streets of 1930s New York to an uncharted island to capture the world’s greatest wonder. At the center of this 21st-century reimagining: a 20-foot high, 2,000-pound gorilla brought to life by a team of seamlessly integrated artists and technicians. King Kong is a larger-than-life encounter with a legend that’s always been too big to contain.

King Kong is authorized by the Merian C. Cooper Estate.