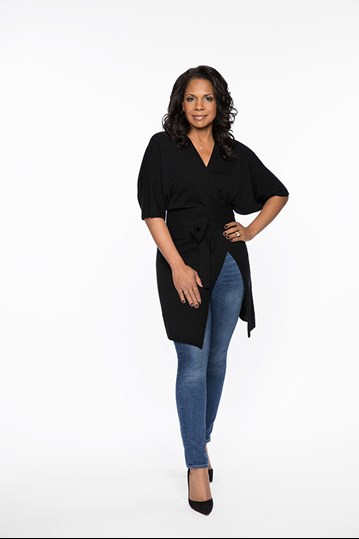 Returns to Broadway this season in

“One of the finest living American playwrights…” (The New York Times), Obie Lifetime Achievement Award Winner, and a member of the Theater Hall of Fame, Adrienne Kennedy will make her Broadway debut with this production at age 91. Earlier this year, Kennedy was awarded the Gold Medal for Drama from the Academy of Arts and Letters, which is awarded to those who have achieved eminence in an entire body of work. Only four other dramatists have been awarded the Gold Medal: Edward Albee, Tennessee Williams, Eugene O’Neill and Arthur Miller. Ms. Kennedy has been contributing to American theater for over six decades, and is best known for her plays such as Funnyhouse of a Negro (Obie Award), June and Jean in Concert (Obie Award), and Sleep Deprivation Chamber (Obie Award) and numerous other plays and books.

“I am so thrilled. It’s only taken me 65 years to make it to Broadway!” said Kennedy.

“I’m honored and humbled to be part of Adrienne Kennedy’s long-overdue Broadway debut in the newly dedicated James Earl Jones Theatre with Kenny Leon,” said McDonald. “This timeless play has a powerful resonance and relevance today, and we can’t wait to share it with the world.”

When writer Suzanne Alexander (Audra McDonald) returns to her alma mater as a guest speaker, in which she explores the violence in her works, a dark mystery unravels. Adrienne Kennedy’s Ohio State Murders is an intriguing and unusual suspense play, as well as a social pertinent look at the destructiveness of racism in our society.

The renaming of the Cort Theatre to the James Earl Jones Theatre was announced by The Shubert Organization, Inc. in March of 2022 in recognition of Mr. Jones’s lifetime of immense contributions to Broadway and the entire artistic community. Shubert has performed extensive renovation and construction work on the 110-year-old theatre, including construction of a new, contemporary wing.

BIOS
AUDRA McDONALD (Suzanne Alexander) is unparalleled in the breadth and versatility of her artistry as both a singer and an actor. The winner of a record-breaking six Tony Awards, two Grammy Awards and an Emmy, in 2015 she was named one of Time magazine’s 100 most influential people and received a National Medal of Arts—America’s highest honor for achievement in the field—from President Barack Obama. In addition to her Tony-winning performances in Carousel, Master Class, Ragtime, A Raisin in the Sun, The Gershwins’ Porgy and Bess and Lady Day at Emerson’s Bar & Grill—the role that also served as the vehicle for her Olivier Award- nominated 2017 debut in London’s West End—she has appeared on Broadway in The Secret Garden; Marie Christine (Tony nomination); Henry IV; 110 in the Shade (Tony nomination); Shuffle Along, or, The Making of the Musical Sensation of 1921 and All That Followed; and Frankie and Johnny in the Clair de Lune (Tony nomination). A Juilliard-trained soprano, her opera credits include La voix humaine and Send at Houston Grand Opera, and Rise and Fall of the City of Mahagonny at Los Angeles Opera, where the resulting recording earned her two Grammy Awards. On television, she was seen by millions as the Mother Abbess in NBC’s The Sound of Music Live! and played Dr. Naomi Bennett on ABC’s Private Practice. She won an Emmy Award for her role as host of PBS’s Live From Lincoln Center and has received nominations for Wit, A Raisin in the Sun and Lady Day at Emerson’s Bar & Grill. Having first appeared as Liz Lawrence on CBS’s The Good Wife, she stars in The Good Fight on Paramount+ as well as in Spectrum’s pandemic-themed drama, The Bite. On film, she has appeared in Seven Servants, The Object of My Affection, Cradle Will Rock, It Runs in the Family, The Best Thief in the World, She Got Problems, Rampart, Ricki and the Flash, Disney’s live-action Beauty and the Beast, the movie-musical Hello Again, and MGM’s Aretha Franklin biopic, Respect. Her upcoming film projects comprise Higher Ground’s Rustin and FilmNation’s Down Low. McDonald has issued five solo albums on the Nonesuch label as well as Sing Happy with the New York Philharmonic on Decca Gold. She also maintains a major career as a concert artist, regularly appearing on the great stages of the world and with leading international orchestras. A founding member of Black Theatre United, board member of Covenant House International, and prominent advocate for LGBTQAI+ rights, her favorite roles are those performed offstage, as an activist, wife to actor Will Swenson, and mother.

ADRIENNE KENNEDY (Playwright). Award-winning playwright, lecturer and author Adrienne Kennedy was born in Pittsburgh in 1931 and attended Ohio State University. Her plays include Funnyhouse of a Negro (Obie Award, Petit Odeon directed by Jean Marie Serreau), June and Jean in Concert (Obie Award), Sun (Commissioned by Royal Court London), A Movie Star Has to Star in Black and White, Mom, How Did You Meet The Beatles?, A Rat's Mass, The Owl Answers, Motherhood 2000, Electra and Orestes (adaptation), She Talks to Beethoven, An Evening with Dead Essex, A Lesson in a Dead Language and The Lennon Play. She is the recipient of an Obie

Award for Sleep Deprivation Chamber, which she co-authored with her son Adam. It premiered at the Public Theater and was produced by Signature Theatre Company, which devoted an entire season to Ms. Kennedy's work. Other awards include a Guggenheim Award, the Anisfield-Wolf Book Award for Lifetime Achievement, the Lila Wallace Reader's Digest Award, the American Academy of Arts and Letters Award for Literature, the American Book Award for 1990, and induction into the Theater Hall of Fame. Her published works include Heart in a Box in Spring 2021 with the Modern Language Association, In One Act, Alexander Plays and Deadly Triplets, all published by University of Minnesota Press, and People Who Led to My Plays (a memoir), originally published by Knopf and now in paperback by Theatre Communications Group, which also published He Brought Her Heart Back in a Box and Other Plays. Her plays are taught in colleges throughout the country, in Europe, India and Africa. She has been a visiting lecturer at Yale University, New York University, and University of California at Berkeley, where she was Chancellor's Distinguished Lecturer in 1980 and 1986. She was also commissioned to write plays for Jerome Robbins, the Public Theater, Mark Taper Forum, Juilliard School and the Royal Court in England. She was a distinguished Hutchins Fellow in 2016-2017. Ms. Kennedy has lived in Africa, Italy and London and has taught in Harvard University's English Department for six semesters. In 2018, Ms. Kennedy was inducted into the Theater Hall of Fame for "Lifetime Achievement in the American Theater." In March of 2022, Ms. Kennedy was awarded the Gold Medal for Drama from the Academy of Arts and Letters which is awarded to those who have achieved eminence in an entire body of work.