Audra McDonald, Michael Shannon to Star in 'FRANKIE AND JOHNNY' 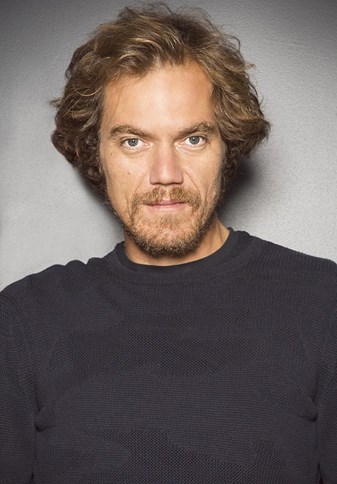 FRANKIE AND JOHNNY IN THE CLAIR DE LUNE

The strictly limited 16-week Broadway engagement will begin previews in May 2019 at a Shubert theater to be announced.

In this new Broadway production, Audra McDonald and Michael Shannon, two of the most acclaimed actors of their generation, will bring the bruised dreamers of Terrence McNally’s classic romance to new life. Director Arin Arbus, in her Broadway debut, directs this portrait of a lonely waitress and a short order cook whose first date turns into a one-night stand – and maybe more.

Audra McDonald (“there’s nothing the superhuman Ms. McDonald can’t do onstage” – Hollywood Reporter) last appeared on Broadway in the musicals Shuffle Along, Or, The Making of the Musical Sensation of 1921 and All That Followed and Lady Day at Emerson’s Bar & Grill—the role that also served as the vehicle for her record-breaking sixth Tony Award and 2017 debut on London’s West End (2018 Olivier Award nomination). Recently seen in the Academy Award-winning The Shape of Water, Michael Shannon (“a remarkable actor of force and strength” – Chicago Tribune) returns to Broadway after his Tony-nominated performance opposite Jessica Lange and Gabriel Byrne in A Long Day’s Journey into Night.

Four-time Tony Award winner Terrence McNally (“one of the greatest contemporary playwrights” – New York Observer) is currently represented on Broadway by his book for the hit musical Anastasia. And director Arin Arbus (“exemplary… a star in the making” – The New York Times) will make her Broadway debut with this production. For a decade, she served as the Associate Artistic Director of Theater for a New Audience, where she most recently staged The Winter’s Tale to great acclaim.

Originally produced more than 30 years ago Off-Broadway, Frankie and Johnny in the Clair de Lune is one of McNally’s most acclaimed plays and will appear on Broadway as the playwright celebrates his 80th birthday. The play was a runaway hit from 1987 to 1989, returned to Broadway in an acclaimed production in 2002 and was also turned into a feature film.

Performance schedule, on-sale and ticket information will be forthcoming.

HUNTER ARNOLD. Broadway: Hadestown, Pretty Woman: The Musical, Anastasia, Dear Evan Hansen (Tony Award), Kinky Boots (Tony Award and Olivier Award), Gettin’ the Band Back Together, Head Over Heels, Once On This Island (Tony Award), M. Butterfly, Disaster!, Allegiance, Deaf West Theatre’s Spring Awakening (Tony Nomination), The Visit (Tony Nomination), It’s Only a Play, Mothers and Sons (Tony Nomination), The Bridges of Madison County, Macbeth, Godspell, Chinglish. London: The Inheritance, The Jungle, Hadestown, Tina: The Musical, Edward Albee’s The Goat, or Who Is Sylvia? with Damian Lewis. Off-Broadway: Cruel Intentions and Daddy Long Legs. Upcoming projects include Moulin Rouge, Tina: The Musical, and more. Hunter also owns a film production company, recent film-based projects include Something Like Summer, Hello Again, The Next Four Years and others. Upcoming projects include A Little More Alive, Single for the First Time and Bastard Jones. He is the CEO of ARTech Holdings, a company dedicated to bringing best in class technologies to the live arts and one of the founders of the Broadway Strategic Return Fund, an investment vehicle dedicated to maximizing shareowner returns in the Broadway space. Hunter earned his bachelor’s degree in Entrepreneurial Business from DePaul University and his Master’s in Business Administration from TRIUM, a joint program representing NYU Stern School of Business, H.E.C. Paris and the London School of Economics. He is a frequent lecturer and guest professor on entertainment trends and economics, Commercial Theater and working in the arts.

TOM KIRDAHY is currently producing Anastasia and the upcoming production of Hadestown on Broadway. In 2018 he produced The Jungle and The Inheritance in the West End. In 2017, Kirdahy produced Edward Albee’s The Goat, or Who Is Sylvia? in the West End. He was the lead producer of the 2015 Broadway hit It’s Only a Play starring Nathan Lane and Matthew Broderick and the Tony Award nominated Kander and Ebb musical The Visit starring Chita Rivera. Off-Broadway he produced the NY Times Critic’s Pick White Rabbit Red Rabbit. Additional Tony nominations: Mothers and Sons, After Midnight, Ragtime and Master Class. He is a founding director of Berwin Lee London New York Playwrights, Inc. As an attorney, Kirdahy spent nearly two decades providing free legal services to people living with HIV/AIDS and served for many years on the Executive Committee of the NYC LGBT Center. He currently serves as the Chairperson of the Broadway League Government Relations Committee. Upcoming Projects: The White Chip and Hood.