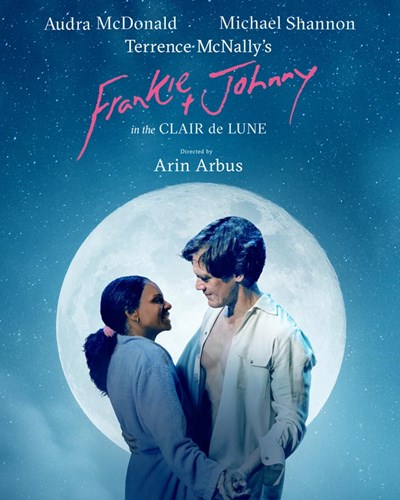 In the new Broadway production, Audra McDonald and Michael Shannon, two of the most acclaimed actors of their generation, bring new life to the bruised dreamers of Terrence McNally’s timely and timeless romance Frankie and Johnny in the Clair de Lune. Director Arin Arbus, in her Broadway debut, directs this portrait of a lonely waitress and a short order cook whose first date turns into a one-night stand – and maybe more.

Over a night filled with intimate thoughts and outlandish coincidences, meatloaf sandwiches and moonlit dreams, piano suites and the sweetest talk, they realize that making love is easy—falling in love is hard.

Originally produced more than 30 years ago Off-Broadway, Frankie and Johnny in the Clair de Lune is one of McNally’s most acclaimed plays and will appear on Broadway as the playwright celebrates his 80th birthday. The play was a runaway hit from 1987 to 1989, returned to Broadway in a highly praised production in 2002 and was also turned into a feature film.

“Two of the best performances on Broadway. Audra McDonald and Michael Shannon’s chemistry burns up the stage.” – The Daily Beast

“Superb! As hilarious as it is touching.”  – The Hollywood Reporter