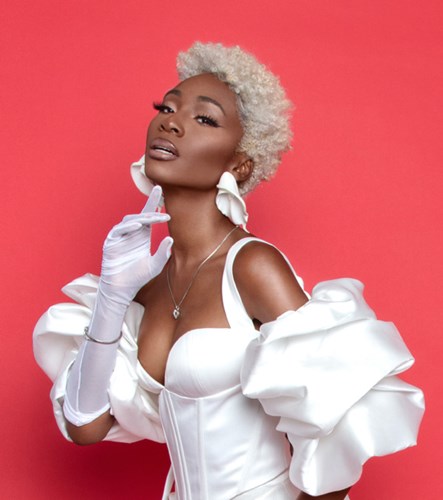 From the board room, to film and TV sets to Capitol Hill to the music studio, Angelica Ross is a leading figure of success and strength in the movement for human rights advocacy focused on Transgender and racial equality. A fan favorite on FX’s award-winning hit “Pose” plus both the ninth season of Ryan Murphy’s FX hit “American Horror Story: 1984” and the double feature tenth season as The Chemist in part 1 and Theta in part 2. Angelica also returned to her love for music with her debut music video and single, “Only You.”. Fans are also anticipating a visual for “Fierce” - her club anthem with songstress, Mila Jam, and legendary Ultra Naté. Angelica has also announced her forthcoming untitled book as she continues to blaze a trail, kick open doors, and build her own table with ample open seats.

Angelica’s acting breakthrough came in the form of Ryan Murphy’s Award Winning FX hit series, “Pose” — which follows NYC’s Black and Latino LGBTQ+ and gender- nonconforming ballroom culture scene in the 80’s and early 90’s. The show features the largest transgender cast ever for a scripted series, making TV history! Vanity Fair raved that, “Angelica Ross steals many of her scenes as ‘Candy’,” the brashest member of the ‘House of Abundance.’

Since studying acting at Florida Atlantic University, Angelica has appeared across numerous mediums, including film, television, and theater. One project, the Emmy-nominated (Outstanding Short Form Comedy or Drama) web series Her Story, received special recognition at the GLAAD Media Awards. Angelica and “The Daily Show” with Trevor Noah were also honored with a GLAAD Media Award for Outstanding Talk Show Episode for her interview segment. Angelica Ross also appeared in “Transparent” (Amazon), “Claws” (TNT), “Doubt” (CBS), and “Danger & Eggs” (Amazon) and starred as ‘Georgia’ in the award-winning documentary “Framing Agnes,” that took home the 2022 Sundance Festival’s coveted Next Innovator and Audience Award..

Miss Ross also works behind the camera! She has executive produced and appeared in the Daytime Emmy- nomiated web series “King Ester” ( 2019), and in the short film, “Missed Connections” (2017), which went on to be an official selection at the Outfest LGBTQ Film Festival, the La Femme International Film Festival, and the Baltimore International Black Film Festival.

Angelica Ross is the President of Miss Ross, Inc. and founder of TransTech Social Enterprises, an award- winning program that helps people lift themselves out of poverty through technical training, digital work creating a social impact, resource-sharing and bringing economic empowerment to marginalized communities with a focus on Black queer and trans.

With a legendary book by Fred Ebb and Bob Fosse, music by John Kander and lyrics by Fred Ebb, Chicago is now the #1 longest-running American musical in Broadway history. It recently celebrated its 25th anniversary on Broadway.