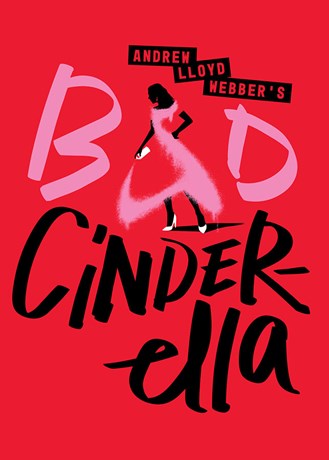 TO OPEN AT BROADWAY’S IMPERIAL THEATRE

NEWCOMER LINEDY GENAO TO STAR IN THE TITLE ROLE

Mrs. Schwarzman commented, “We are honored to be introducing this modern Cinderella story to Broadway, and it is a dream come true to work with Andrew Lloyd Webber, especially on a score that sits among his very best.” She added, “Working with this extraordinary creative team, we’ve created a new Cinderella for today’s audience. It’s so joyful and unique; we can’t wait to share it!”

This modern retelling of the classic fairytale is set in the exceptionally beautiful kingdom of Belleville. Our Cinderella is no longer the damsel in distress who needs saving. She finds herself and her prince in new circumstances which cause them to rethink what “happily ever after” really means.

Ms. Genao commented, “I have been dreaming about originating a leading role on Broadway for just about my entire life, but never in my wildest dreams did I ever imagine achieving that dream alongside Andrew Lloyd Webber and such an incredible team of collaborators. As a proud Dominican American, I am most excited about this opportunity to represent my community and show the world that fairy tales do come true — and are for everybody. My heart is bursting.”

Lloyd Webber added, “I am thrilled and delighted that we are bringing Bad Cinderella to the Imperial Theatre. We have been working hard on a few new songs for our Broadway opening and, with such brilliant team, led by the spectacular Linedy, I know this is going to be really special.”

Andrew Lloyd Webber is currently represented on Broadway by the global phenomenon and longest-running Broadway production ever, The Phantom of the Opera. With the arrival of Bad Cinderella, a Lloyd Webber musical will have been performing on Broadway every single playing night since September 1979 – an extraordinary 43-year streak. He has been nominated for 23 competitive Tony Awards, winning six, as well as a Special Tony Award for Lifetime Achievement. He has also been nominated for 14 Grammy Awards, winning three. With his 1996 Oscar and his 2018 Emmy Award, he became one of just 17 people to have achieved EGOT status.

Bad Cinderella was written by Emerald Fennell, internationally recognized as one of the most influential and vibrant dramatic artists working today. An acclaimed actor, director and writer, Fennell has been honored with an Academy Award, two British Academy Film Awards, and a Screen Actors Guild Award, as well as nominations for three Primetime Emmy Awards and three Golden Globe Awards. Her credits include the movies Promising Young Woman and the forthcoming Saltburn and the TV series Killing Eve.

Bad Cinderella lyrics are written by David Zippel, a multi-award winner for Broadway productions including City of Angels, The Goodbye Girl, The Woman in White and Liza at the Palace, as well as for work on film including Disney’s Hercules and Mulan, both of which received Oscar nominations.