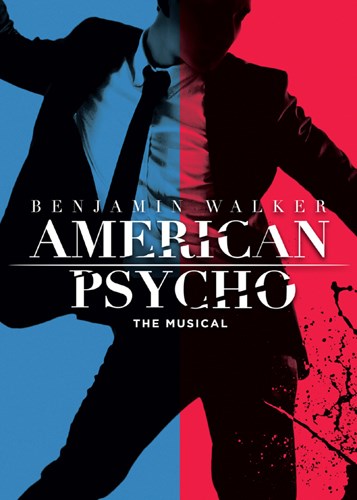 WILL OPEN ONE DAY LATER

AMERICAN PSYCHO, the American premiere of a new musical based on the novel by Bret Easton Ellis, has set a new press opening . . . Taking advantage of a newly available date on the Broadway League’s calendar, the musical will now open 24 hours later, on Thursday, April 21 at 8 PM.  Previews will begin as scheduled on Thursday, March 24, 2016 at the Gerald Schoenfeld Theatre (236 West 45th Street).  Tickets for AMERICAN PSYCHO are now on sale via Telecharge.com or by phone at (212) 239-6200.

Following a highly acclaimed, sold-out London run, AMERICAN PSYCHO brings its designer brand of style, sex and synthesizers to Broadway.  Set in the excess of 1980s Manhattan, AMERICAN PSYCHO tells the story of Patrick Bateman, a young and handsome Wall Street banker who pursues his darkest American dreams. Patrick and his elite group of friends spend their days in exclusive restaurants, hot clubs and luxury labels. But at night, Patrick takes part in a more sinful indulgence, and his mask of sanity is starting to slip…