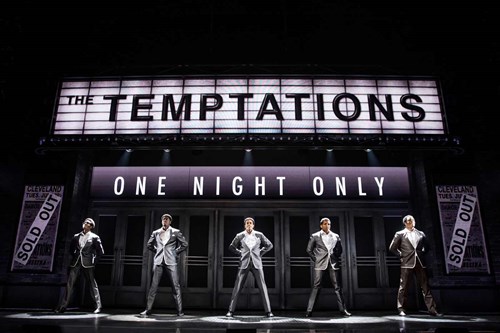 GET READY!
“AIN’T TOO PROUD—THE LIFE AND TIMES OF THE TEMPTATIONS”
WILL OPEN ON BROADWAY
SPRING 2019
AT THE IMPERIAL THEATRE

New York, NY – Producers Ira Pittelman and Tom Hulce are thrilled to announce that the new musical Ain’t Too Proud – The Life and Times of the Temptations will bring the incredible true story of the greatest R&B group of all time to Broadway in Spring 2019 at the legendary Imperial Theatre (249 West 45th Street). Additional information will be announced shortly.

Ain’t Too Proud opens at the Center Theatre Group/Ahmanson Theatre in Los Angeles tomorrow night, where performances continue through September 30, before heading to Toronto’s Princess of Wales Theatre October 11-November 17, 2018.