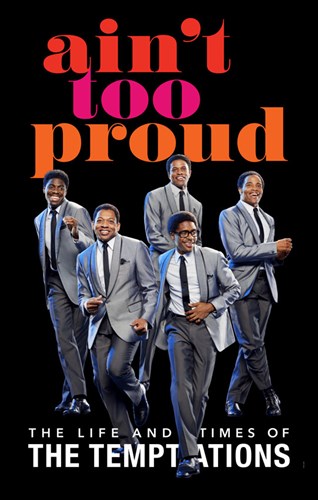 GET READY!
“AIN’T TOO PROUD—THE LIFE AND TIMES OF THE TEMPTATIONS”
ON BROADWAY
AT THE IMPERIAL THEATRE

New York, NY – Ain’t Too Proud – The Life and Times of The Temptations brings the incredible true story of the greatest R&B group of all time to Broadway at the legendary Imperial Theatre (249 West 45th Street).

With a book by Kennedy Prize-winning playwright Dominique Morisseau, Ain’t Too Proud features an iconic score made up of The Temptations’ legendary songs. Two-time Tony Award® winner Des McAnuff directs, with choreography by Olivier and Tony Award winner Sergio Trujillo.