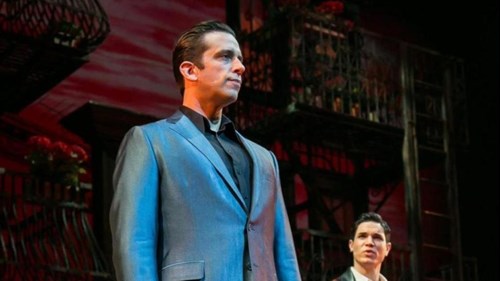 The Chazz Palminteri musical will arrive on Broadway in December

The new musical adaptation of A Bronx Tale, which premiered at the Paper Mill Playhouse, will arrive at Broadway’s Longacre Theatre December 1, Mark S. Hoebee and Todd Schmidt revealed June 12 in the Tony Awards press room.

Hoebee is the producing artistic director and Schmidt is the managing director of the New Jersey venue, which received the Regional Theatre Tony Award. The two said that the news was recently announced by the show's creator, Chazz Palminteri, in a TV interview.

Tommy Mottola and the Dodgers with Tribeca Productions will produce the Broadway run, according to an earlier Actors' Equity notice.