Continuing the Tradition of Excellence in the Theatre 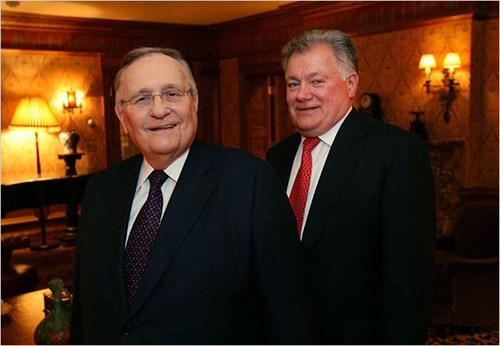 The Shubert Organization has been at the center of the American Theatre for more than a century. During that time, Shubert productions and co-productions have been presented on Broadway and in theatres across the country. The Shubert tradition of excellence continues today and we are dedicated to ensuring a future where the American Theatre is alive and well for generations to come.

Phil Smith began his Shubert career in 1957 and has been an industry leader for over 50 years, shaping all aspects of theatre operations and management. With the creation of Telecharge, Telecharge.com and TKTS/Duffy Square, he revolutionized the way tickets are purchased and expanded the accessibility of tickets to theatre-goers. Mr. Smith serves on the Executive Committee of the Board of Governors of The Broadway League. He serves on the boards of Broadway Cares/Equity Fights AIDS and The Actors Fund and is a leader of Catholic Senior Services. In 2011, Mr. Smith was honored with a special Lifetime Achievement Tony Award for his contributions to the theatre.

Bob Wankel has been with Shubert for more than 35 years. He has been a guiding force in financial operations, commercial real estate, Shubert Ticketing Services and Telecharge.com.He serves on the Executive Committee of the Board of Governors of The Broadway League and on the Board of the Times Square Alliance. He is Chairman Emeritus and Trustee of the Board of the American Academy of Dramatic Arts and serves on the boards of Broadway Cares/Equity Fights AIDS and the Actors Fund Housing Development Corporation. Mr. Wankel is a graduate of St. John’s University.